In mourning the death of Supreme Court Justice Ruth Bader Ginsburg, a look at advances in treatment for pancreatic cancer

UCLA is pioneering research and treatment of the disease 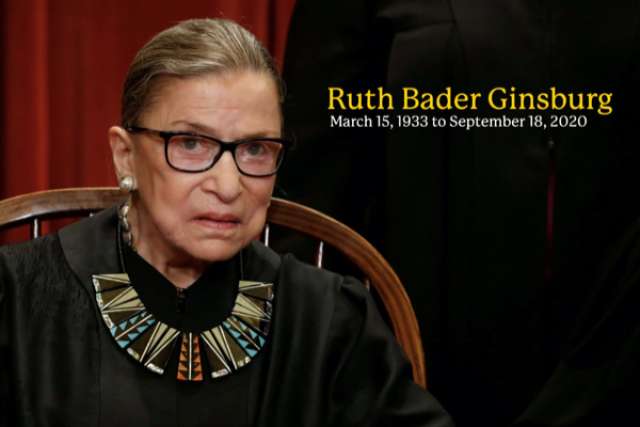 Ginsburg battled cancer several times throughout her life. She was treated for colon cancer in 1999, underwent surgery for pancreatic cancer in 2009 and had cancerous lesions removed from her lung in 2018. Ginsburg received chemotherapy for a recurrence of pancreatic cancer in 2019 but remained on the bench, a lifetime appointment.

Pancreatic cancer is the third leading cause of cancer-related death in the United States. A 6-inch-long gland in the abdomen, the pancreas makes digestive enzymes and hormones, such as insulin, that control blood sugar.

No screening test exists for pancreatic cancer. And while some patients may experience "painless jaundice" as a warning sign, many other symptoms of the disease — back pain, abdominal pain, decreased energy, weight loss — are so general that diagnoses often come at later stages, says Timothy Donahue, MD, a professor of surgery at the David Geffen School of Medicine at UCLA and the UCLA Jonsson Comprehensive Cancer Center.

Pancreatic cancer is also particularly aggressive and resistant to most treatments, including conventional chemotherapies, targeted therapies and immunotherapies.

One of the most effective preventive measures, particularly for those with a family history of cancer, is germline sequencing, which can detect gene mutations known to increase disease risk. This kind of DNA mapping has created more potential treatment options in recent years, Dr. Donahue says.

Emerging research centers on a specific oncogene, or cancer-causing genetic mutation, known as KRAS, which drives tumor growth in the pancreas. Much like mutations of the BRCA gene increase risk of breast cancer, KRAS mutations are implicated in nearly all pancreatic cancer cases.

"There have been recent breakthroughs of drugs that target some of the variants of the KRAS oncogene," Dr. Donahue says. "And there is hope that this might be the start to really cracking the nut, so to speak, of pancreatic cancer and a potential so-called magic bullet against the tumor."

"Now that we know this information, we're able to screen patients who have BRCA mutations better, like with frequent MRI exams or even endoscopies of the pancreas," Dr. Donahue says. "So if they were to develop a pancreatic cancer, the hope and the goal is to diagnose it earlier so these patients would be eligible for surgery with curative intent."

Other recent treatment advances include the development of robotic-assisted surgery, which is as effective as open surgery but with quicker recovery times.