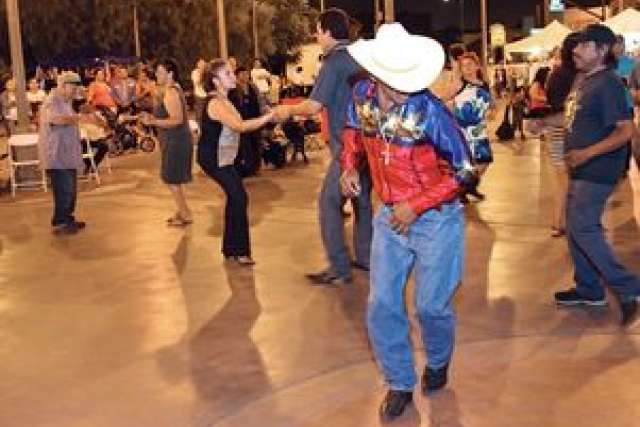 America is a nation of immigrants drawn from all parts of the world by the promise of freedom and a good life. But a substantial body of evidence suggests that for the newly arrived, life in the United States can be hazardous to their well-being.

When they get here, immigrants are on average healthier than their native-born American counterparts. But the longer they stay, the worse they fare on measures such as heart disease, hypertension, diabetes and mental health.

Faculty at the UCLA Fielding School of Public Health are working on identifying factors contributing to the declining health status of immigrant groups that’s occurring over time and through the generations.

Part of it has to do with an unfamiliarity with U.S. society and its complicated health care system. Many immigrants lack health insurance. But Marjorie Kagawa-Singer, a professor at the Fielding School who focuses on the delivery of care that appropriately considers a patient’s culture, notes that it’s more than just cost.

“If someone is new to this country, doesn’t speak the language and has to learn to navigate our system, it’s like plopping us in the middle of Siberia and expecting us to figure out what we need,” she said.

For example, many immigrants across the educational and cultural spectrum hold beliefs about disease and how the body works that diverge from the biomedical model practiced in the U.S., Kagawa-Singer added, and many health care practitioners are uneducated on those differences.

“When you have problems in both health literacy among patients and cultural competence among practitioners, you get this ‘perfect storm’ of people who will not be able to utilize the health care system even when it’s offered,” said Kagawa-Singer.

Since 2000, Kagawa-Singer has headed the Los Angeles site of the Asian American Network for Cancer Awareness, Research and Training, the first federally funded cancer prevention and control research initiative focusing on Asian Americans. In lectures and short courses on cultural competence, Kagawa-Singer advises health professionals to demonstrate their trustworthiness and compassion.

“It’s not the health problem you’re treating, it’s the person,” she said. “When patients recognize you’re making the effort and respecting their dignity, they’re going to be much more forgiving and willing to teach and learn.” The challenge, she noted, is that the U.S. health care system is designed for short encounters, despite the fact that it may take longer to get to know and understand patients from different backgrounds.

Public health experts have postulated that immigrants decline in health as they assimilate and adopt the health habits of their new communities — including high-fat diets and processed foods, along with reduced physical activity. To some extent, though, that equation has changed with globalization of the food supply, said May C. Wang, a Fielding School professor who focuses on early childhood obesity.

“Most low-income countries now have access to the processed foods we’ve been eating for the past few decades,” Wang noted. But even when immigrants’ tastes are similar to those of non-immigrants, immigrants with minimal financial means face considerable challenges to eating well. “Education alone doesn’t work in a community that doesn’t have the ability to access healthy food,” Wang said. “And in the very poorest communities, trying to change the environment by placing healthier foods where people live, work and go to school is challenging.”

The problem is compounded for immigrant groups, she explained, because they tend to have fewer social ties, are constricted by language barriers and often lack the know-how to pursue resources that could help them.

Wang works closely with the Public Health Foundation Enterprises Women, Infants, and Children (WIC) Program, the largest local WIC agency in the country. It serves 300,000-plus families a year, the vast majority of them non-English-speaking immigrants. The overall childhood obesity rate has plateaued or declined in the U.S. in recent years, Wang noted, but the obesity rate among the mostly immigrant Latino children remains substantially higher than for other groups. Among the low-income, preschool-aged Latino children enrolled in L.A. County’s WIC program in 2011, nearly 22 percent were obese.

To better understand the impact of various strategies to improve diet and reduce early childhood obesity, said Wang, “We are examining the social and physical environments in which immigrants live and how these affect their ability to put into practice nutrition knowledge they acquire from participation in the WIC program.”

Despite social and economic disadvantages, newly arrived Latino immigrants are, by many measures, healthier than other groups. That’s been called the Latino Paradox. But the evidence also shows that the longer these immigrants are in the United States, and through successive generations, the paradox disappears: Risks of chronic conditions such as diabetes, cancer and heart disease increase.

“The suggestion is that they’re adopting unhealthy American lifestyles,” said Alex Ortega, a Fielding School professor whose work focuses on the physical, medical and mental health needs of Latino children and their families. Ortega is also principal investigator of the UCLA Center for Population Health and Health Disparities, a $10 million, five-year effort funded by the National Institutes of Health to study and reduce cardiovascular disease risk in East Los Angeles.

Less attention has been paid to a similar phenomenon. Ortega has found that among Latino children, the longer they have lived in the United States and the more generations their family has been here, the higher the risk for poor mental health. Among the possible explanations: “As people immigrate and become acculturated, in some cases they lose family and social ties. And without those support systems, they lack the safety net to help protect them from the effects of poor mental health,” said Ortega. Similar findings have been reported for other immigrant groups.

The health impacts of discrimination

While assimilation may be a significant factor in immigrants’ worsening health, other factors, such as culture, genetics and socioeconomic status, play an important role. “But they don’t fully explain the health disparities we see,” noted Gilbert Gee, a professor at the Fielding School and member of the UCLA Kaiser Permanente Center for Health Equity. In fact, Gee believes that some of what is attributed to assimilation may actually be the result of the way immigrants are looked upon in their new home.

“Another aspect of being here a long time is that you experience more discrimination,” said Gee, who seeks to measure the impact of that discrimination on mental and physical health. He points out that immigrants go from feeling at home in their country of origin to being viewed as a racial minority.

“Suddenly you’re not Sri Lankan but simply Asian,” Gee said. “It can be stressful enough to come to a new society and learn a new language, but it’s doubly stressful when you’re also dealing with these negative stereotypes.”

In a study of Asian American immigrants, Gee’s group found that clinical depression was more likely to be predicted by experiences of discrimination than by acculturation. Gee suggests that more recent efforts to pass English-only laws have created a hostile climate for immigrant groups, potentially to the detriment of their health.

For Gee, this underscores the notion that civil rights policies are also health policies. “When we’re changing the way we define immigrants, that is likely to have a health impact,” he said.

This story was adapted from longer version that appears in the Fall 2014 issue of the Fielding School of Public Health Magazine.