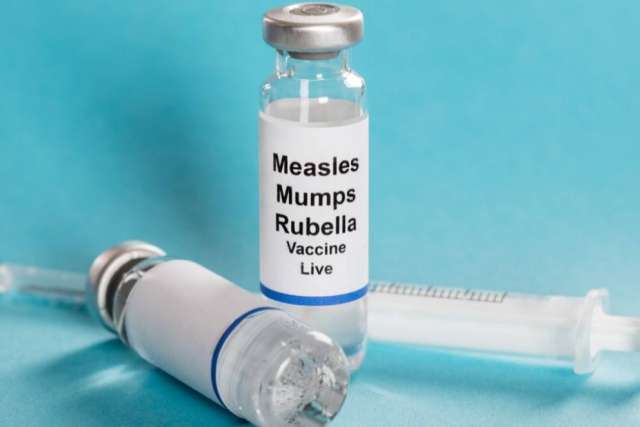 There were 106 cases of measles in the United States this year, as of Dec. 15, according to the U.S. Centers for Disease Control and Prevention, and most of them have been associated with the outbreak in Ohio that has infected 74 children since mid-October.

“There haven’t been any cases of measles in fully vaccinated children in Ohio,” says Kimberly Dang, MD, a pediatrician with UCLA Health. “The children who’ve gotten measles are either unvaccinated or not fully vaccinated, so that just supports how effective the vaccine is.”

The American Academy of Pediatrics recommends children receive their first dose of the measles vaccine at 12 to 15 months old and a second dose around age 4 to 6. The MMR (measles, mumps, rubella) vaccine is one of several childhood immunizations the California Department of Health requires to attend public or private school in the state.

Nearly 40 million children worldwide missed a measles vaccine dose in 2021, according to the World Health Organization and the CDC. The COVID-19 pandemic delayed vaccination for millions of children as parents skipped regular pediatric exams to avoid coronavirus.

However, it’s easy to catch up, Dr. Dang says. The MMR vaccine is widely available at pediatricians’ offices. She reminds parents that there is no link between the MMR vaccine — or any vaccine — and autism.

Measles is a contagious virus that spreads through coughing or sneezing. It can linger in the air for up to two hours after an infected person leaves the area, according to the CDC. It’s so contagious that “if one person has it, up to 90% of the people close to that person who are not immune will also become infected,” the CDC says. People who are fully vaccinated are unlikely to be infected.

“People can get really sick from measles,” Dr. Dang says, “and even require hospitalization for severe complications like pneumonia or encephalitis, which is inflammation of the brain.”

The MMR vaccine is highly effective in protecting against measles infection. Widespread use of measles vaccine, which was introduced in the 1960s, has reduced measles cases by more than 99% compared with the pre-vaccine era, according to the CDC. Protection provided by the vaccine appears to last many decades, if not indefinitely, but more study is needed.

Learn more about the measles, mumps and rubella vaccine.