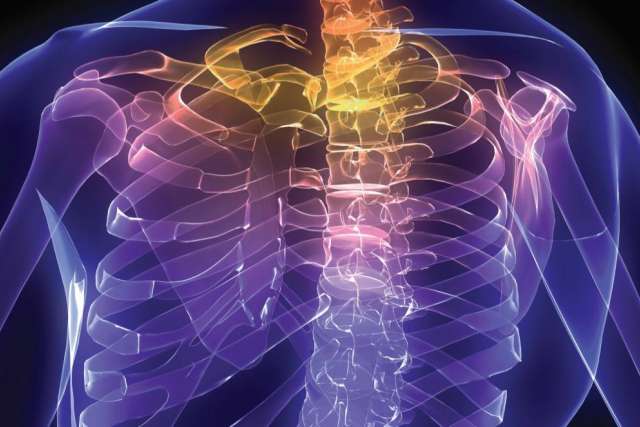 'They are recovering quickly and getting real relief from the extreme pain that was bothering them,’ says UCLA orthopedic surgeon Dr. Don Young Park

As a young man going into the U.S. Marine Corps, Leo Librando was ready for any kind of difficult duty for his country.

He was deployed to Iraq twice, in 2006 and 2008, but while he was overseas his injuries piled up: a traumatic brain injury, parathyroid issues, a ruptured disc in his neck and myriad back problems.

He had hoped to serve 20 years, but the military forced him to retire after 16 1/2. He returned to California, unable to walk normally or lift his small children, and spent several years seeing doctors and trying to get relief from his extreme chronic pain.

Librando started 2022 unable to bend over. Now he can walk, swim, and play with his three children. All of that after a surgery from two incisions not much bigger than pinholes – and performed with not even one overnight stay in the hospital.

"This has really changed my life, for the better," Librando said. "I am so thankful for this."

At the forefront of helping spine-injury patients, Dr. Park is a national leader in using the "biportal" method for endoscopic spine surgery. He honed his skills while training with pioneering orthopedic surgeons in South Korea last year.

"This really is a game-changer for my patients," said Dr. Park, who performed the first endoscopic spine surgery in 2021 at UCLA.

The procedure has been highly effective, Park said, and its minimally invasive use of tiny incisions means shorter recovery periods and often no overnights in the hospital.

The surgeon merges the two at the problem area for surgery, with a better view from multiple angles than one would have with the single-incision method.

"Basically, it allows you to separate and decouple the camera from the working portal so that you have better visibility and more flexibility," Dr. Park said.

"I'm able to bring instruments into the surgical area without just being limited to what I can see in front of me with the camera,” he said. “It really helps me to visualize things quite well during the surgery. I can see the anatomy very well, even better than what I used to do with the traditional kind of minimally invasive spine surgery."

In the traditional minimally invasive technique, the tubular retractor for the microscope is about 18 millimeters in diameter, or less than 1/20 of an inch. In contrast, the biportal endoscopic technique uses incisions that are 3 mm for the viewing portal and 7 mm for the working portal. Dr. Park said being able to move the camera around independently makes surgery smoother for the surgeon and the best option for a variety of patients.

"I look at it as sort of an arthroscopy of the spine – like what we commonly do in orthopedics for an arthroscopy of a shoulder, or for a knee, or a hip," Park said. "It gives us great illumination and visualization of the anatomy with minimal trauma to the soft tissues and to the area."

Like many spine surgeons today, Dr. Park was trained in the single-incision tubular and microscopic technique. So last year he went to South Korea to learn from spine surgeons who were pioneering the biportal endoscopic approach.

“I spent a week watching and assisting with surgeries there while they were using the biportal technique,” said Dr. Park, a Los Angeles native who served as course chairman for the Korean American Spine Society for three years, which is where he first learned about the technique.

"When I came back, I was just blown away by how easy it was to adopt the biportal method, and how easy it was to kind of translate it into what I had already been doing with minimally invasive surgery with the tubes and the microscope," he said. "Really, this is kind of taking it to the next level for spine surgery."

Dr. Park is one of just a few surgeons who has learned and used the technique in the United States.

“Spinal endoscopy in general is getting more popular but not many surgeons are doing it in practice,” Park said. “They are interested in learning about it and more and more surgeons want to see it.”

The benefit of endoscopic surgery is tangible and very personal when patients quickly recover their lives.

"That really is the most satisfying part," Park said. "The patients are doing very well. They are recovering quickly and getting real relief from the extreme pain that was bothering them."

That's a sentiment shared by Librando, who suffered for three years with pain, and received little relief, even after two conventional surgeries.

“My back was hurting, and I had this shooting pain coming down to my left leg,” said Librando, 41, a Menifee resident. “My toes were getting numb. My legs were getting numb. I was on six different pain medications. But it didn't help very much. After my second MRI, they said it's just a normal disc bulge and it's nothing to worry about." 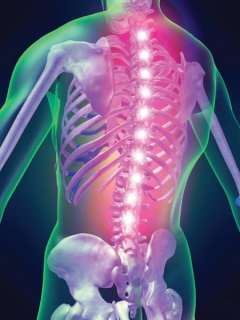 Librando at times has had to wear a neck brace and use a cane or walker due to his multiple spine and knee injuries.

"I was just so sick and tired of always being in such severe pain," he said.

Librando's life turned around when he got involved with the Wounded Warrior Project and Operation Mend.

Dr. Park saw Librando as a perfect candidate for the biportal procedure.

Librando went home the same day as the surgery, and within a week was walking an hour a day for physical therapy. After one month he could do light swimming, and now is mostly free of pain and able to play with his three children, ages 2, 6 and 9.

"I'm just really thankful and happy that I found Dr. Park through the Operation Mend program," Librando said. "I am really glad that I can walk and exercise and feel good and chase my kids around a little bit."

Samples was very active in work and play, and enjoyed hiking, skiing and served as a youth soccer referee for 25 years. But then the pain set in.

"I couldn't even sit on an airplane or ride in a car for a couple of hours without my back seizing up," said Samples, 69. "Once when I was refereeing a youth soccer game it acted up and they nearly had to carry me off the field."

"The inability for me to be active and to exercise was driving me absolutely out of my mind," Samples said.

Then he found Dr. Park.

"One thing I liked about Dr. Park is that he met with me, looked me in the eye and talked to me about how the back problem felt to me, and how it affected me – then he performed a very deliberate physical exam before looking at my MRI," Samples said. "That seems like what a good doctor would do. That was different from other doctors, who would look at the MRI first and then talk about what we should do without asking me about how I was doing."

Samples had constant and severe back pain for about 3 1/2 years. After biportal endoscopic surgery with Dr. Park in November 2021, Samples was able to go home the same day and experienced relief very quickly.

"This is the first time my back has been pain free in years," Samples said.

After light exercise, Dr. Park gave Samples the green light to do what he really wanted to do – go skiing at Mammoth Mountain.

"He just asked that I take it easy and just sort of cruise lightly on the slopes, so that's what I did," Samples said. "I had no problems. I look forward to going again when we get some snow."

Samples' work life as a public safety consultant also improved. Recently, he was able to drive 3 1/2 hours to see a new client. That would have been "absolutely impossible" before the surgery, he said.

Family members have noticed the dramatic improvement in Samples' life.

"My son tells me that my attitude is better, and he noticed that I am standing more upright and that I look more centered," Samples said.

His daughter-in-law offered the ultimate endorsement: "She asked me, 'Why didn’t you have that surgery done a couple of years ago?'” Samples said with a chuckle.

Dr. Park marvels at how quickly things have changed since his residency at Stanford Medicine 12 years ago, when minimally invasive spine surgery “was considered controversial.”

Now he looks forward to helping other surgeons embrace the biportal endoscopic technique and benefit their patients.

Learn more about treatments and programs available through the UCLA Spine Center.