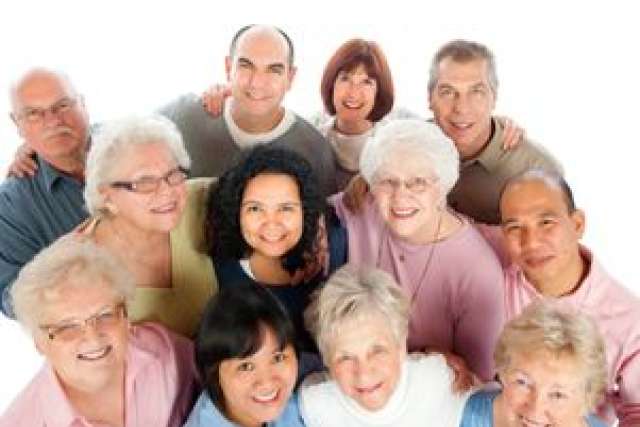 More than 76 million Americans were born in the post-World War II boom, from 1946 to 1964. These baby boomers are now between 50 and 68 years of age — with an estimated 8,000 turning 65 each day. Geriatric physicians and gerontologists are hoping this “silver tsunami” will help change the way that medicine is studied, practiced and delivered to an aging national population, so that more Americans can live longer, healthier lives. Three UCLA geriatrics and gerontology faculty members — Dr. Cathy Alessi, Rita Effros and Janet Frank — are among those at the forefront of this effort as the recently elected presidents of the leading national organizations promoting geriatric medicine, gerontological research and education. The three UCLA faculty members now head these organizations — the American Geriatrics Society, the Gerontology Association of America and the Association of Gerontology in Higher Education, respectively — is a testament that “UCLA celebrates leadership by encouraging it, supporting it and promoting it,” said Frank. They spoke with U Magazine contributing writer Marina Dundjerski about the challenges of a changing national landscape facing aging Americans.

What is the most critical issue facing geriatrics on the national level?
Alessi: The most significant issue facing geriatric medicine right now is that we have an inadequate supply of clinicians who are trained to meet the demands of the aging baby boomers. We don’t train nearly enough geriatricians to care for this growing aging population.

Frank: We definitely have the workforce gap, and it is in all areas of health care as far as the numbers of people who are entering the field. For example, only 5 percent of all social workers have taken classes in aging. And if you look at the programs that are out in the community operating under the Older Americans Act funding, delivering services through senior centers and such, 60 percent don’t have even one staff member who has taken a single course on an aging topic. When the Older Americans Act began during the Great Society era of 1965, there weren’t programs on gerontology. The first program started in the early 1970s. So people who began early on learned on the job and through in-service training. But today, we have excellent academic programs. This issue is very important for the Association of Gerontology in Higher Education; as these older practitioners are retiring, we want to make sure that we can replace them with people who have appropriate training and backgrounds through these education programs.

Effros: Medical students still, to this day, don’t have much education on aging. They may have some clinical exposure, but in terms of didactic training, there’s really not much. And even among geriatricians, only a minority are interested n doing basic research on aging.

Frank: While they may touch on geriatric medicine in Doctoring 101, most medical schools do not have a separate required course. And from a clinical standpoint, students can be graduated as doctors having had just one month of geriatrics rotation. That’s why at UCLA we have such vigorous board review and continuing medical education programs. Once they leave school, these new physicians realize that they don’t have the skills they need to provide the kind of care that is required for older people. Dr. Alessi directs the premier geriatric medicine board-review course here at UCLA, and we routinely have 300-to-400 people who attend from all across the country and around the world. That opportunity is an important part of what UCLA does in its educational geriatrics mission.

What are additional ways to address the need for more geriatrics training?
Alessi: One way to address this important issue of there not being enough clinicians who are training in geriatrics would be to incorporate principles of aging and geriatric care into the training for individuals who are entering other fields: surgeons, psychiatrists, social workers. So UCLA and our respective national organizations play an important role in making sure that gerontology and aging principles and concepts of geriatric medicine are incorporated into a variety of healthcare professions.

Effros: Another avenue is through undergraduate education. I teach an interdisciplinary freshman cluster course at UCLA called “The Longevity Revolution: Biomedical, Psychosocial and Policy Perspectives.” I’m very much involved in trying to get young people interested in the field of aging because the baby boomers make it a genuine growth industry. The professional opportunities aren’t simply restricted to biology or medicine. For example, there’s elder law, architectural design of senior-living facilities, geriatric social work and management of senior rehab centers, just to cite a few areas. Our teaching team continually emphasizes that there are multiple areas of gerontology that can fit almost any major that you think about.

Given all this outreach, why aren’t more medical students going into the field?
Alessi: Pay. That is the reality. Geriatric medicine is, I believe, the only field in medicine where one can finish an additional year of training (in geriatrics) at the end of which you make less money than if you hadn’t done that additional year. Reimbursement for geriatric care hasn’t increased appropriately. Many medical students graduate with significant debt, and when they are making their decisions about residency training, they want to have a reasonable expectation that they’ll be able to pay off their debt and still have a comfortable lifestyle.

But if society is aware of this large aging population, why is the field not changing along with the demographics?
Alessi: That is the big question. I think such a shift will require that the public not only understands what is happening, but also demands that there be individuals — not just physicians, but within other areas of the health care professions — with geriatric expertise to help them. Real change will require that the public demands it.

Effros: There’s also an issue of ageism. We all have innate prejudices, and we are surrounded by negative stereotypes of the elderly in the media. Many people think of old people as being crippled in nursing homes. A lot of physicians, who don’t know that much about aging, assume every complaint from an older person is simply because they are getting older. We need to educate physicians, including internists who are not specializing in geriatrics, about what is really just age-related and what’s a disease, what’s correctable and what’s preventable.

Frank: We also haven’t had opportunities to bring in people and entice them with financial incentives. There’s not much training support for the field. Out of 80 students with master’s degrees in social welfare, for example, 75 of them will select child welfare because that’s where there are training grants. In public health, no required courses around gerontology and aging exist. There are forces that could be put in play to incentivize going into the field.

Alessi: This problem is fixable. But we are at a critical point. A strong evidence base exists, and we know a lot about how to help older people age well, have a good quality of life and maximize their independence. But we need to do more to make sure the information gets out there.

Why should Americans pay increased attention now to issues on aging?
Effros: In 30 or 40 years, the whole country is going to look like Florida. That’s not necessarily a bad thing; it is just a reality. We’ll be ready for this transition. But we need many changes in the medical culture and in the attitudes toward aging. Everything about society is going to be changed as people live longer and you look at the population distribution of our country. It’s going to be more older people than younger people.

Alessi: We all will be facing a long period of our lives during which we will be older, so it’s in all of our interests that we do this right and we do this well.

This piece was excerpted from a Q&A in U Magazine. Read the full version here.