SIBO similar to IBS, but in small intestine 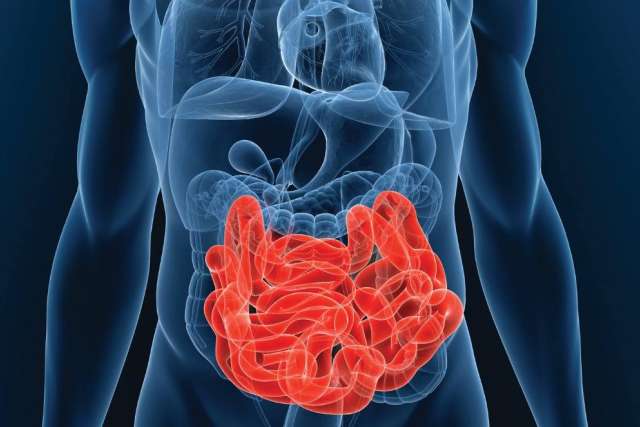 Dear Doctors: I’ve been seeing a lot of news stories lately about people who thought they had irritable bowel syndrome, but then it turned out to be something called “SIBO.” I’ve never heard of that before. Can you please explain what it is? How do you know if you have it? Can it be cured?

Dear Reader: You’re asking about a condition called small intestinal bacterial overgrowth, often shortened to SIBO. It’s similar to irritable bowel syndrome, or IBS, in that it is also related to the gut. However, IBS affects the large intestine and, as the name of the condition states, SIBO involves the small intestine.

Both IBS and SIBO share many of the same symptoms. These include loss of appetite, abdominal pain or cramping, abdominal bloating, nausea, an overproduction of gas and alternating bouts of constipation and diarrhea. People with SIBO may also have vitamin deficiencies, despite eating a balanced diet. A deficit of vitamin B12 is common. Both SIBO and IBS can range from mild, with minimal symptoms, to severe enough to interfere with activities of daily life.

It’s not yet clear what triggers SIBO. Structural issues may allow bacteria from the large bowel to mistakenly migrate across the muscular valve that separates it from the small bowel. Something known as low motility is also believed to be a contributing factor. That’s a slower-than-normal rate at which food moves through the gastrointestinal tract. Certain medical conditions -- including Crohn’s disease, Parkinson’s disease and diabetes -- can contribute to low motility. Low levels of stomach acid can play a role in allowing bacteria to proliferate. Some cases of SIBO have been linked to gastric surgery for weight loss.

Diagnosis begins with a medical history and detailed information about the person’s symptoms. When SIBO is suspected, a test to measure the concentrations of methane and hydrogen in the breath is the next step. A more definitive, but also more invasive, test involves retrieving a tissue sample for later examination from the small intestine during an endoscopy.

SIBO has a wide range of potential causes, so treatment can be a challenge. It typically begins with the use of certain types of antibiotics to control the overgrowth of bacteria. Patients may also be asked to interrupt treatment that includes antacids, and to use medications to improve motility.

The experts and specialists of UCLA Health Digestive Diseases offer consultations and care for all types of gastroenterological concerns. Learn more and schedule an appointment.