The pain of chronic loneliness can be detrimental to your health 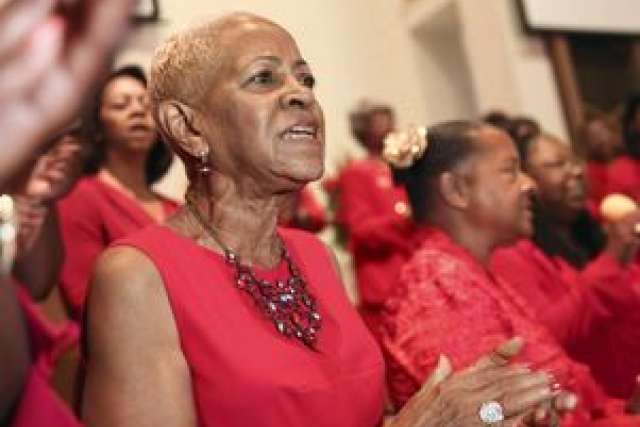 The changes came so gradually that, for a long time, Paula Dutton didn’t realize she was in trouble. This was just modern life, after all — the cross-country distance from her close-knit family in Philadelphia, the end of a 10-year marriage, the death of one parent and then the other. By the time Dutton retired from her job, she was lonely to a degree that shocked and frightened her.

“I just suddenly realized I was all alone and had no one around me and no one I could turn to,” says Dutton, now 71. “I had a lot of pity parties, I can tell you — and with all kinds of anxiety and depression. And I worked myself into a fever pitch in my loneliness.” The tipping point came with a panic attack so severe that it took a visit from paramedics to calm her down.

“I really felt like I might die,” Dutton recalls. The episode prompted her to join the church near her Los Angeles home. This connection to the community brought her relief and felt like a solid step back from the void. “I had gotten to where, with the anxiety and the bad feelings, I thought, ‘Is being so lonely making me sick?’”

In fact, it is quite likely that it was.

Loneliness and social isolation take a steep toll on the human body. Studies show that people who are chronically lonely have significantly more heart disease, are more vulnerable to metastatic cancer, have an increased risk of stroke and are more likely to develop neurodegenerative diseases such as Alzheimer’s. Lonely adults are 25 percent more likely to die prematurely. Elderly people who are lonely die at twice the rate as those who are socially connected. All of which makes the spike in loneliness in American society even more alarming.

Researchers estimate that some 60 million Americans — one fifth of the population — suffer from the pain of loneliness. And with millions of baby boomers now facing a radically shrinking social world as they retire from the workplace, see their children disperse, lose friends and family members to illness and death, the rising tide of loneliness has all the hallmarks of a widespread and costly epidemic.

“Our culture is changing in ways that invite us — in fact, almost require us — to be more lonely and disenfranchised,” says Steve Cole, professor of medicine and psychiatry and biobehavioral sciences in the David Geffen School of Medicine at UCLA and director of the UCLA Social Genomics Core Laboratory.

But what is loneliness?

Cole studies the effects of loneliness at the molecular level, a deep dive made possible by the Human Genome Project. He began the work in the early 2000s, after a study revealed that closeted gay men with HIV died at a significantly faster rate than gay men with HIV who were open about their sexuality. The reason, it turned out, was the immune systems of the closeted men were not as robust as those of the openly gay men. Closeted men were far more sensitive to social threats, such as being rejected or even ostracized for their sexuality, than openly gay men.

“The question became, is there something about threat-sensitivity that might make our bodies work differently?” Dr. Cole says. “And that concept turned out to be a very productive key to the biology of how loneliness turns into disease.”

Working with John Cacioppo, founder and director of the Center for Cognitive and Social Neuroscience at the University of Chicago, Cole studied how gene expression in a small group of lonely people differed from a group of non-lonely people. The results were startling.

“We found the key antiviral response driven by so-called Type 1 interferon molecules was deeply suppressed in the lonely people relative to the non-lonely people,” Dr. Cole says. “But we also found that there was another block of genes that was not suppressed — in fact, it was greatly activated — and this block of genes was involved in inflammation.”

Inflammation fuels disease processes in a host of devastating illnesses, including atherosclerosis, Alzheimer’s and cancer, Cole explains. Inflammation is not the disease itself; rather, it serves as a kind of molecular fuel that helps the disease thrive and grow. The study revealed that not only are lonely people markedly more vulnerable to outside threats such as viruses and bacteria, they also are under attack from within by their own bodies. But why?

“The best theory is that this pattern of altered immunology is a kind of defensive reaction mounted by your body if it thinks you are going to be wounded in the near future,” Cole says.

That is, our bodies see loneliness as a mortal threat. When we’re alone, there’s no one to help us fight off that saber-tooth tiger or the hostile war party from the next village. Sensing that we are isolated and at risk, our bodies ramp up their defenses in anticipation of the wounds and infections to come. It was a pretty good survival tactic thousands of years ago. In the modern world, though, it’s killing us.

“The level of toxicity from loneliness is stunning,” says Cacioppo. A leading authority on the cellular mechanisms and physical effects of disconnection, he is the author of “Loneliness: Human Nature and the Need for Social Connection.” “The mortality rate for air pollution is 5 percent. For loneliness, it’s 25 percent.”

But why does being lonely feel so bad?

Ann Johansson/UCLA - Naomi Eisenberger: "Being connected is so important to us as a species."

In her research into social isolation, Naomi Eisenberger, associate professor of social psychology at UCLA and director of the Social and Affective Neuroscience Laboratory, found a surprising answer in an online game where players toss a virtual ball back and forth to each other. At a certain point, the players deliberately stop tossing the ball to one player.

Measuring the neural activity of people who are being excluded from the game, researchers found their brain activity looked strikingly similar to what is observed when someone is in physical pain.

Just as important as the brain scans were each subject’s verbal reactions. “There’s a lot of variability to how people respond to being left out. Some get very upset and take it very personally, while some are much more able to explain it away, or say, ‘I didn’t care about them anyway,’” Eisenberger says. “We have the brain data and we have their self-reports, so we can also look at whether or not those two things go together.”

It turns out that they do. Brain scans of the test subjects who reacted badly to being cut out showed increased activity in two regions of the brain associated with physical pain — the dorsal anterior cingulate cortex and the anterior insula. Those who shrug off the exclusion showed little or no increase in activity in their pain centers.

“We think this is why people talk about rejection as literally hurting — because the brain processes emotional and physical pain in similar ways,” Eisenberger says. “Because being connected is so important to us as a species, researchers think the attachment system may have piggybacked onto the physical pain system over the course of our evolutionary history, borrowing the pain signal to highlight when we are socially disconnected.”

A surprising twist emerged when test subjects were given over-the-counter pain medications. It turns out that the same dose of acetaminophen that eases a physical ache will offer protection against emotional pain as well. When given acetaminophen over the course of three weeks, study participants reported fewer hurt feelings in the course of each day, Eisenberger says. In a repeat of the experiment, the subjects who took acetaminophen showed a marked decrease in pain-related brain activity when they were excluded from the game.

The bottom line: We need to take social pain just as seriously as we do physical pain.

To find out more about research on loneliness and a promising program that helps lonely people that was launched in L.A. three years ago, read the complete story in U Magazine’s fall 2016 issue.