Three wishes for our 'superman' 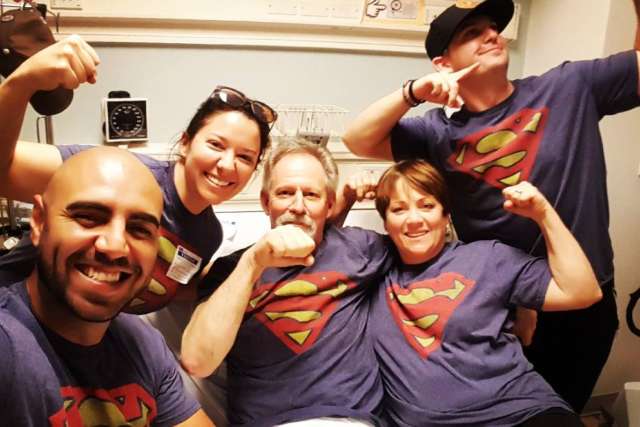 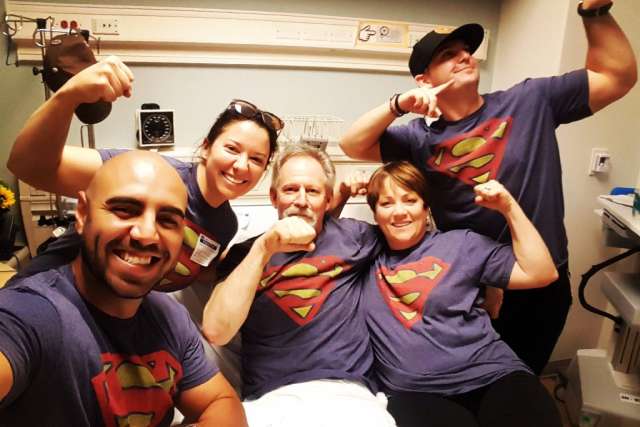 He never really got sick and even when a bug attempted to invade his system, illness couldn’t keep him down and it definitely couldn’t compel him to see a doctor. But this time it was different.

It started in Fall 2017 with a bad “cold”, severe headaches, and what we would later learn was a misdiagnosed ear infection. Then my dad, one of the smartest, highest-horsepower men I know, started mixing up words, struggling to see things in plain sight, forgetting conversations, repeating himself, and confusing the functions and whereabouts of everyday objects.

After much reasoning and encouragement, which eventually turned to begging and pleading, my dad begrudgingly agreed to see a primary care doctor in our small, hometown community. A routine physical led to a prescription for a CT scan with results that he shared with me in a Tuesday evening phone call that January 2018 day that I will never forget: “Kels, I had a scan of my brain and they found a lesion. We don’t know what it is yet, but we’re gonna figure it out and, whatever it is, we’ll deal with it.” 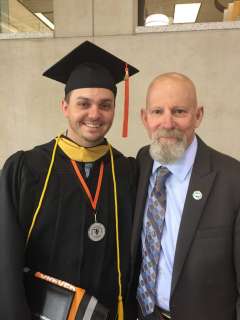 Wish one granted: Jim with son at graduation.

Though I appreciated my dad’s courage, matter-of-fact-ness, and solutionfocused interpretation, I knew at my core that this would be more complicated than any of us had hoped. After a week of worrying about what-ifs, waiting for answers and appointments, and hoping for good news and a plan, we committed to a decision: my parents would make the four hour drive from my hometown to Los Angeles, I would drive from Ventura County to meet them at a carpool lot, and we would travel together to the emergency room at UCLA where we would advocate for my dad to be evaluated and would get as much information as possible to figure out options and next steps. We did, in fact, make that trek to UCLA’s emergency room. From the moment we walked in the door, the care was compassionate, smart, and – I say tongue-in-cheek – mostly tolerant of my dad’s sarcastic humor and quick wit. We were greeted by a friendly valet, assisted by a kind and funny triage nurse named Jim, and quickly called back for an evaluation by an ER doctor and eventually a consult with Dr. Patel of the neurosurgery team. Amidst many interviews, mental status assessments, and tests, my dad underwent an MRI, which confirmed the presence of a mass in his brain.

Not too long after, we were shaking hands with Dr. Everson, the man who would become my dad’s neurosurgeon. He compassionately delivered terrible news, explaining that this cloudy spot on my dad’s brain scan, was most likely a tumor and that surgery would be the recommended course of action. He was confident and knowledgeable, while also approachable and kind. He quickly learned how far my parents had traveled to be seen; after all, UCLA was the closest major teaching hospital to our rural hometown, and even that was a more than five hour drive. He was sympathetic to these circumstances and, without hesitation, offered accommodations to support our family in ensuring my dad’s access to quality care. He explained that my dad would be admitted that day and scheduled for surgery as soon as possible rather than being asked to leave and return for a follow-up appointment at a later date.

Through a week’s worth of neuro-checks and being asked multiple times each day, “What brought you here?”, I heard my dad have to repeatedly admit, “I have a brain tumor”. He tried to infuse this response with multiple doses of humor: “What brought you here, Mr. Tatum?” a nurse would ask. “A truck” or a “punkin’ problem,” my dad would reply in jest. But he knew – we all knew – why he was really there and, although joking made the waiting for surgery more tolerable, it didn’t take away the reality that my dad had to so bravely endure during the 18 days between his first CT scan and the date of his tumor resection surgery.

I will never forget those days leading up to my dad’s surgery. The night before, my fiancé arrived at my dad’s hospital room with a stack of Superman t-shirts for each of us: him, my mom, my brother, my dad, and me. I watched my dad soak in the love around him, we laughed while we took a selfie in our heroic apparel, and cried complicated tears as we reflected on meaningful memories; each of us I’m sure, secretly worrying that this could be our last night all together. The next morning, my brother and I walked alongside our dad’s hospital bed has he was escorted to surgery. Before he was taken through those double doors, I leaned over to hug him, and I whispered in his ear my three wishes: that he would travel cross-country with our family to my brother’s college graduation in May 2018, that a month later he would walk me down the aisle and join me for the father-daughter dance at my wedding, and that someday he would tell my kids – his grandkids – all about his Frankenstein scars. Later that morning I would have a chance to share these same wishes with Dr. Everson. I can only imagine the pressure he felt as I shared those hopes, but he held our family’s emotion with grace as he assured us that he and his team would provide their very best care to my dad.

Over the course of the next month, we would become citizens of the UCLA community: my dad would survive a 10+ hour brain surgery, spend over 10 days in the ICU, and later discharge to a week-long stay at a nearby rehab facility. Between Tiverton House and the hospital grounds, we made UCLA our home. We met countless nurses, doctors, care partners, environmental services staff, volunteers, and fellow patients/families whose smiles, kind words, and friendliness became the fuel to propel us forward. This became especially important as we met Drs. Ozer, Kaprealian, and Nghiemphu, who would talk with us about the biopsy results from my dad’s tumor: not only did my dad have brain cancer, he had a grade IV glioblastoma with cancerous cells evident in his cerebral spinal fluid – the worst, of the worst, of the worst. Despite the graveness of this news, my dad’s care team delicately maintained a balance between providing our family with the facts, equipping us with information we needed to make informed choices about treatment, and holding hope with us that my three wishes for my dad would come true. 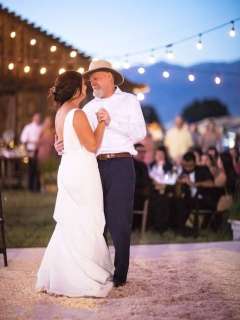 After hearing his options, my dad ultimately committed to treatment. As I watched the side effects take hold, I commended my dad for his courage in choosing to live. He was usually dismissive of this observation, stating that there was no other choice. I would remind him there was, that other people may choose not to seek treatment, may be fearful of the side effects, or may be paralyzed by the gravity of their situation. Now, this is not meant as a criticism of people who make choices that differ from my dad’s, but I have to say that I still believe this to be true: my dad made a brave choice. One thing I do realize now though, that wasn’t clear to me then: yes, my dad did this for himself – of course he wanted to savor all of the days, hours, and moments he could get with our family – but ultimately, he did it for us, his family, because that’s who my dad is. Every day he woke up and chose to face the nausea, the hair loss, the metallic tastes, the fatigue, the memory and language impairments, and the impact on his mobility because those three wishes weren’t just mine, they were all of ours, and especially his.

What I didn’t know then is that 359 days after his brain surgery, in January 2019, my dad would take his last breath in his courageous battle against cancer. To say that the last year has been painful would be a gross understatement; it’s felt unfair, messed up, and at times surreal. I’ve cried, and screamed, and sat in silence. I’ve been hurt, and scared, and angry. But I’ve also felt and known deep love, been awed and honored by the kindness and generosity of others, been grateful for the incredible UCLA medical team, and been humbled by the strength of my dad’s will to live and his courage to fight. I’ve had some of the most meaningful and memorable conversations in my life, communicated without words, and witnessed a solidifying of bonds and realigning of priorities that I didn’t know were possible.

I am so grateful to say that during that year, our family traveled together cross-country to cheer and celebrate as my brother graduated college; that my dad walked me down the aisle and danced with me at my wedding; and that as a family, we shared an unforgettable collection of special moments, conversations, and quality time that we wouldn’t have had if my dad hadn’t chosen treatment and if we hadn’t been blessed by the quality, compassionate, and committed care that my dad received from UCLA. My dad won’t be able to tell his grandkids about his Frankenstein scars, but before he died, he learned that I was pregnant with his first grandchild. I can’t wait to tell her all about her Papa Jim and, someday, take her on a tour of the UCLA campus to show her the place full of so many people who took such good care of her grandpa.

The day after my dad was diagnosed, I shared a quote with him that was gifted to me many years ago by a mentor and now dear friend: “The only way out is through; always forward never straight.” As I look back, there is clearly a line in the sand: the time before the cancer and now, the time after. The only way to brave this journey has been to move through it. This story belongs to my dad and our family and it will probably look a little different from yours, but I can assure you that you aren’t alone and that if you’ve found your way to UCLA, you’re in wonderful hands.