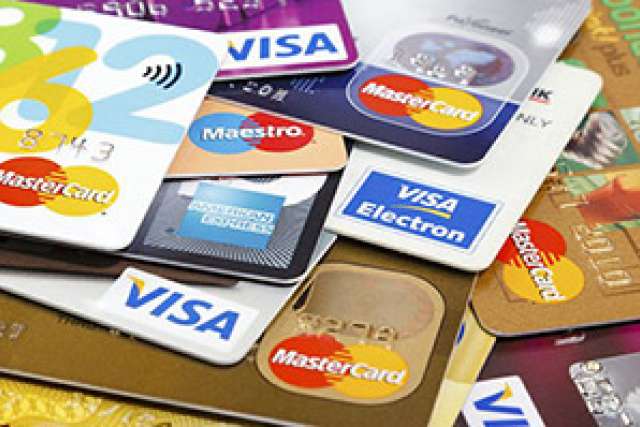 Dr. Peter Whybrow is director of the Semel Institute for Neuroscience and Human Behavior at UCLA and the author of “The Well-Tuned Brain: Neuroscience and the Life Well Lived” (out May 18 from W.W. Norton), from which this op-ed is adapted. This op-ed appeared May 10 in the Wall Street Journal.

The reward circuitry of the human brain is vital to our survival, but it wasn’t built to grapple with seductive credit card offers and no-money–down mortgages. Easy credit feeds our love of immediate gratification, distorts self-regulation and diminishes prudent market behavior, creating a destabilizing positive-feedback loop. Analysts trying to understand the explosion of consumer debt should look no further than neuroscience.

The total indebtedness of U.S. households at the end of last year stood at $11.83 trillion, the Federal Reserve Bank of New York has estimated. That’s up by $117 billion from the previous quarter. Credit card balances rose by $20 billion, auto loans by $21 billion, and student loans by a startling $31 billion. Falling indebtedness after the financial meltdown of 2008 was due largely to default rather than repayment. Now as restrictions on credit are easing, debt levels have begun to climb again

Easy credit as an economic driver has become a Faustian bargain. A market ethos that feeds on short-term desire, low interest rates and tax systems that encourage borrowing has distorted consumer choice. But more than that, it has upended the ancient survival game our brains use to weigh risk and reward.

The human brain is a hybrid, and in our ancient, preconscious core we are instinctively selfish creatures, focused on the short term and driven by habit. The twin frontal lobes, which sit above the eye sockets, are the brain’s “executive” cortex, overseeing risk assessment. Kaleidoscopic streams of incoming information are integrated there with past knowledge and instinctual drive.

A conscious, deliberative “thinking” cycle, drawing heavily on memory, runs through the outer cortex, the region predominantly concerned with punishment and control. An “emotional” circuit, focused on reward and pleasure, operates in the same region, but internally. In their crosstalk, these parallel cycles of perception and action create a balance between the fear of pain or loss and the expectation of pleasure or profit.

The illusion of continuous economic growth and the explosion of credit have thrown that balance out of whack. Thanks to the seductive appeal of today’s consumer economy, perhaps for the first time in human history it is the affirmation of reward rather than the fear of punishment or failure that dominates the calculus of risk. We have become addicted to the quick fix, be that tasty junk food, the electronic cocaine of the Internet, or the painless ease of a credit card purchase.

Research demonstrates that when presented with a choice between a reward now and a greater one after a delay — for instance, $80 today or $100 in two weeks — many of us will opt for the cash in hand, despite its lesser value. Scientists call this temporal discounting. Imaging studies using MRIs show that thinking about an immediate reward lights up the brain’s limbic system, which regulates emotion. Thus passion prevails over reason. That area of the brain is quieter when we’re considering a reward in the distant future, and thus logic wins out. Would you rather have $80 in one year, or $100 in a year plus two weeks? The question answers itself.

Though Wall Street and international financiers have been cast as the villains of the 2008 madness, they are minor actors in the larger narrative of spendthrift habit in which we each played our part. In the past three decades, aided and abetted by the enticements of consumerism, we Americans have been busily retuning our neural architecture.

During the last 25 years of the 20th century, the U.S. economy was in recession only 5 percent of the time, compared with 22 percent of the previous quarter-century. Such long periods of uninterrupted growth reflexively foster a mood of complacency: Secure in our habits we have learned to be thoughtless. We have disrupted the autopilots of the brain’s internal market, resetting the balance between hedonism and prudent self-constraint. Passion has prevailed over reason.

If we are to reset ourselves, the building of character will be key. As Adam Smith recognized, character is not born but crafted through thoughtful self-command. Ideally, over time a man becomes his own best critic, creating in the mind an intuitive capacity to monitor personal thoughts and actions. This facility Smith personified as the Impartial Spectator, moderating the perennial struggle between passion and reason.

Yet the habits of prudent concern and self-command develop, just as do profligate habits, through social exchange. Ask who is responsible for the development of character and there is no single answer, because it is a collective responsibility. It is regrettable that discussion of how good character is built has become an unfashionable subject, largely ignored in today’s public debate. In such company, addicted to the short-term and too shy to consider the virtues that underpin civil society, easy credit finds its rightful place. Neuroscience suggests it’s time to put impulse aside and to consider the longer view. To think for a few days before making that big purchase may offer a running start.