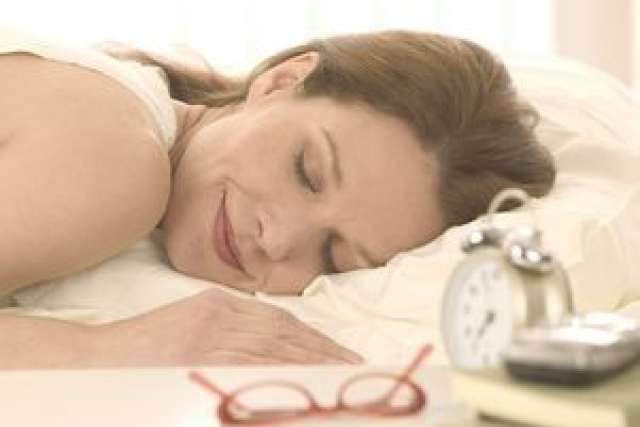 The new research suggests that during dreams, our eyes and brains respond similarly to how they react to images when we’re awake.
August 11, 2015
Estimated read time: 3 minutes

When we sleep, we experience our most vivid dreams and vigorous brain activity during the rapid eye movement, or REM phase. Although scientists have long suspected that our eyes flicker in response to what our unconscious mind sees in our dreams, no one has been able to prove it.

Now, an international team of researchers led by UCLA’s Dr. Itzhak Fried is the first to demonstrate that during dreams, our eyes and brains respond similarly to how they react to images when we’re awake. Published in the Aug. 11 online edition of Nature Communications, the findings offer a rare glimpse into the working of individual brain cells in the sleeping mind.

Fried, the study’s senior author, implanted electrodes deep into the brains of 19 people with drug-resistant epilepsy at Ronald Reagan UCLA Medical Center in order to identify the origin of their seizures prior to surgery.

For up to two weeks, the electrodes recorded the electrical activities of individual neurons in the medial temporal lobe, the bridge between visual perception and memories, allowing Fried to eavesdrop on the patients’ dreams.

“Our earlier studies showed that these neurons fire when we view pictures of familiar people and places — or simply close our eyes to imagine or remember them,” said Fried, a professor of neurosurgery at the David Geffen School of Medicine at UCLA. But when the researchers reviewed the data from the electrode recordings, they saw something unexpected in the responses of single brain cells during REM sleep.

“Brain cells in the medial temporal lobe showed a sudden surge of activity each time after patients moved their eye in REM sleep,” said Fried, who is also a UCLA professor of psychiatry at the Semel Institute of Neuroscience and Human Behavior. “This electrical pattern closely resembles what happens when we view something new in waking life. We suspect rapid eye movements reflect the instant when the brain encounters a new image in a dream.”

“Our goal was to examine what happens inside the brain when we dream, specifically at moments when rapid eye movements occur,” said co-author Yuval Nir of the Sackler School of Medicine at Tel Aviv University. “We discovered that the electrical brain activity during REM sleep is very similar to what occurs when the viewer see new images for the first time.”

Fried said that sleep remains one of the great mysteries of the human mind.

“It’s a time when we relive and consolidate our memories,” he said. “Rapid eye movement offers a window into the human visual experience. At these moments, our sleeping brains capture snapshots of the dream world inside our heads.”

Future research will aim to decode dream content based upon brain cell activity.

“The next question is whether the neurons are responding to the images the sleeper sees in his dreams,” Fried said.

The researchers conducted the study on people preparing for epilepsy surgery because in preparation for the surgery, doctors implant sensors to monitor brain activity, creating a rare collection of findings that cannot be obtained any other way. The scientists used the data to learn what happens in the brain during REM sleep.

The paper’s co-authors were Thomas Andrillon of the Laboratoire de Sciences Cognitives et Psycholinguistique in Paris; and Drs. Giulio Tononi and Chiara Cirelli of the University of Wisconsin, Madison.