What you need to know about monkeypox

The virus is rare, but cases have been reported in the U.S. 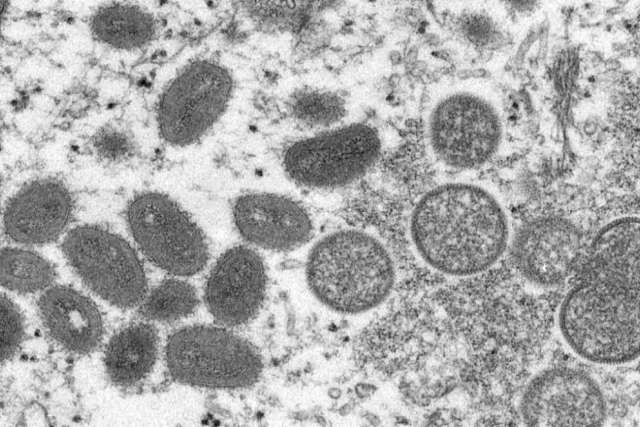 May 24, 2022
By Sandy Cohen
Estimated read time: 3 minutes
Note: Note: On Nov. 28, 2022, the World Health Organization announced it will begin transitioning from the term "monkeypox," to "mpox," referring to the disease as both for a year while it completly phases out "monkeypox." "WHO will adopt the term mpox in its communications, and encourages others to follow these recommendations, to minimize any ongoing negative impact of the current name," the organization said. WHO is responsible for assigning names to new diseases.

The Los Angeles County Department of Public Health announced on June 2 that it had confirmed the first presumptive case of monkeypox in the county, in an adult who recently traveled and had close contact with an infected person. Officials say the risk of monkeypox in the general population remains very low.

With the arrival of monkeypox in the U.S., including a suspected case in Sacramento County, many people have questions about the extremely rare virus.

“At this time there is no cause for alarm and cases are quite limited, but UCLA Health has been carefully monitoring the rapidly evolving monkeypox situation and guidance from public health authorities” says Dan Uslan, MD, co-chief infection prevention officer. “We have reviewed and updated our protocols and feel well-prepared to care for a monkeypox case at UCLA Health.”

Here’s what you need to know, according to infectious disease experts.

Monkeypox is a zoonotic disease transmitted from animals to humans. The virus is endemic in West and Central African countries and cases are often found near tropical rainforests where animals may carry the virus. These animals include squirrels, rodents such as dormice and the Gambian pouched rat and different species of monkeys, according to the World Health Organization.

Rare in humans, monkeypox causes symptoms similar to but milder than those of smallpox, which was declared eradicated in 1980.

Symptoms of monkeypox typically begin with fever, swelling of the lymph nodes, body aches and fatigue and ultimately include a characteristic rash which may begin on the face and spread to other parts of the body.

Monkeypox lesions may progress through stages from flat to raised to fluid-filled and may be itchy or painful. The lesions eventually scab over and fall off. The illness typically lasts two to four weeks.

How is monkeypox transmitted?

Human-to-human transmission occurs through respiratory droplets or through direct contact with skin lesions or bodily fluids.

Respiratory droplets typically don’t travel more than a few feet and prolonged face-to-face contact is required for transmission of the disease. Transmission through brief contact, such as walking past an infected person, has not been reported. 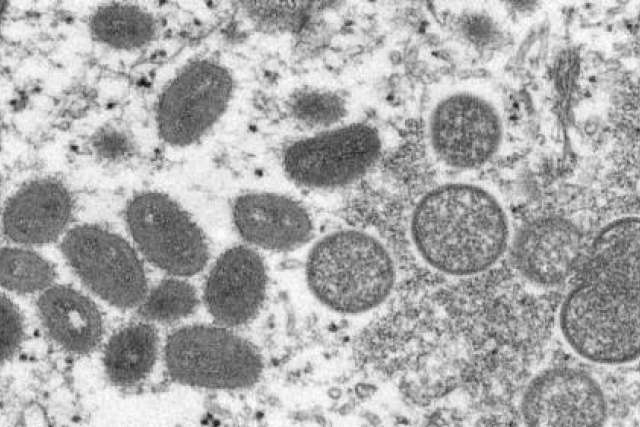 Monkeypox is far less transmissible than COVID-19 or other respiratory illnesses.

Many of the monkeypox cases reported in Europe, Australia and North America have occurred in people who self-identify as men who have sex with men. These individuals have presented with lesions in the genital area.

How likely is monkeypox infection?

Public interest in the disease, however, is high. The U.S. Centers for Disease Control and Prevention and the California Department of Public Health are posting monkeypox updates on their websites.

While there are no specific treatments for monkeypox infection, one vaccine has been licensed in the U.S. to prevent monkeypox and smallpox. The CDC announced on May 23 that it will release some doses of the Jynneos vaccine for use in monkeypox cases. Experts believe that vaccination even after monkeypox exposure can prevent or reduce severity of the disease.

The vaccine is not available to the public, however. It is only available through the CDC to be used at its direction in specific instances, Dr. Uslan says.

No deaths have been reported in connection with the current outbreak.