ERAS protocols — which have been implemented at UCLA since 2015 through a collaboration between the Department of Anesthesiology and Perioperative Medicine and the Department of Surgery — represent an effort to standardize best-practice approaches before, during and after surgery to improve patient comfort and speed recovery. 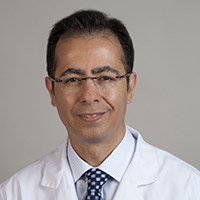 “In the past, at many institutions there has been a great deal of variability — with surgeons, anesthesiologists, physical therapists, nurses and pharmacists all doing their own things, often based on knowledge that might not have been up to date,” says Siamak Rahman, MD, a UCLA anesthesiologist who has been part of the team that has worked to develop and implement the protocols. “Minimizing the variability in these activities across patients, physicians and hospitals improves outcomes and reduces costs.”

ERAS protocols were first introduced in Europe in the early 1990s, but they only recently have gained momentum in the United States; in 2018, the Institute of Medicine recommended their implementation in hospitals nationwide. At UCLA, the first protocols were developed for colorectal surgery, driven by the goal of more rapidly returning gut function to normal so that patients can be discharged from the hospital sooner. In the last five years, ERAS protocols have been developed for a number of major surgeries, including bladder cystectomy, gynecologic oncology surgeries, joint replacement, kidney transplant and cesarean sections.

ERAS protocols consist of several care practices that are standardized for each surgery. The basic principle of ERAS protocols is a multimodal and multidisciplinary approach aimed at minimizing variability in perioperative care. “When we talk about ERAS, we don’t mean a single approach for each patient coming for surgery,” Dr. Rahman explains. “These are procedure-specific, and the approaches differ depending on the type of surgery — for example, whether a colorectal surgery is open or laparoscopic. But the basic principles and goals are similar.”

One of the main changes is directed at reducing preoperative fasting time, in some cases allowing patients to consume carbohydrate-containing clear liquids up to two hours before surgery. Strategies to enable early restarting of food and fluid after surgery can also enhance patient recovery, Dr. Rahman notes. ERAS protocols also encourage optimization of comorbid conditions such as hypertension, cardiovascular disease, smoking and obesity preoperatively. To prevent venous thromboembolism, drugs such as heparin are routinely given, in some cases 30-to-60 minutes before the surgery, and often continuing until hospital discharge. In addition to that, sequential compression devices may be placed on the patient’s legs prior to anesthesia.

Intraoperatively, there are protocols to prevent hypothermia and to protect the lungs during mechanical ventilation. Other ERAS protocols are also designed to minimize nausea and vomiting after surgery, to control glycemic levels and to ensure the choice of the optimal antibiotic, timing of the first dose and dosage interval. Protocols also focus on early ambulation after surgery. Reducing or eliminating the use of opioids, depending on the surgery, is a major goal of the protocols, both to lower the risk of dependence and to hasten recovery. “By decreasing opioid use, we hope to maintain gut function and prevent constipation, bloating and other gut effects that increase discomfort and delay the return to eating foods following the surgery, which is a major component of the recovery,” Dr. Rahman explains.

Among the benefits of the ERAS protocols are decreased surgical stress response and less postoperative pain, Dr. Rahman notes. “One of the major purposes of all of the ERAS protocols is to reduce the length of hospital stays and prevent emergency room visits and readmissions after discharge,” he says. “These protocols are not set in stone — they are changed as new evidence comes to light — but we have already seen many of the desired results.”