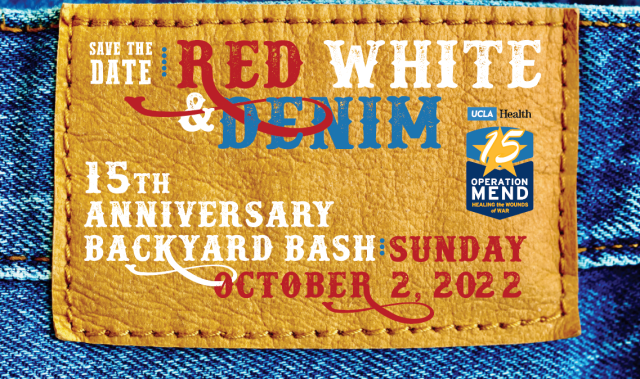 100% of which will go directly to warrior and caregiver treatment.

UCLA Health’s Operation Mend held its 15th anniversary Red, White & Denim Backyard Bash on Oct. 2 at the home of founding family members, Dana and Todd Katz. Over 500 guests attended, including 44 warriors who have been treated for physical and psychological wounds related to their post 9/11-era military service through Operation Mend programs.

Operation Mend provides surgical and medical treatment, comprehensive psychological evaluation and support, and intensive treatment programs for PTSD, traumatic brain injury and substance use disorder. It is the only program in the nation that includes caregivers alongside their warriors as full participants in a mental health treatment program for veterans. Family-centered care is a core value of Operation Mend and is critical to warriors’ healing processes. Thanks to generous donors, all travel, accommodations, case management and treatment are provided at no cost to veterans and caregivers.

“Operation Mend’s 15th Anniversary Celebration represents the long-term commitment UCLA has made to treating our military, veterans and their caregivers suffering from the visible and invisible wounds of war. I am grateful to the Katz family for welcoming so many Operation Mend team members and supporters to their home to honor the wounded warriors and their families, who have sacrificed so much to be with us,” said UCLA Chancellor Gene Block.

“The program gave me the tools to accept that what happened wasn’t my fault, it was beyond my control,” said Johnson, who in 2011 survived two improvised explosive device (IED) explosions, one right after the other, in Afghanistan. “You can’t do this stuff on your own, and you can’t do it half-way. Once I realized all this, change kind of happened all at once. My mom and I went back to South Carolina. I got my bachelor’s degree, and she completed her doctorate. I got married – my wife is here with me tonight – and I just started a master’s program in business and leadership."

Special recognition was given to program founder, Ronald A. Katz, whose initial gift to UCLA, ongoing financial support of the program and continuing leadership of Operation Mend’s advisory board have been instrumental in enabling the program’s sustainability and growth. The idea for bringing together the leadership of UCLA and the army was inspired by his late wife, Maddie. Their efforts have resulted in life-changing – and often life-saving – care for the wounded post-9/11 military service member and veteran community.

The inaugural Maddie Katz Humanitarian Award was presented to Gary Ghazarian for his contributions to advancing the mission of Operation Mend. Since he began volunteering with the Buddy Program in 2013, Ghazarian has provided social support to 18 warriors. He is also a member of the Operation Mend Board of Advisors.

U.S. Marine Corps Vietnam veteran Ric Ryan, known as “The Walking Man of Murphys, California,” joined the celebration with his wife, Joanne. Ryan has been walking to raise money for Operation Mend since 2008 as a coping strategy to manage his own PTSD. This year, he surpassed 10,000 miles, raising not only awareness, but also funds in excess of $160,000 for Operation Mend. 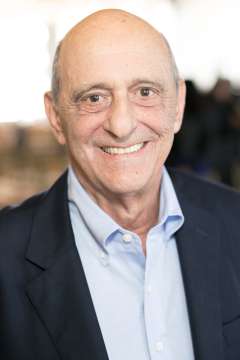 In the height of the wars in Iraq and Afghanistan, Ron Katz and his late wife Maddie felt a duty to do something meaningful to help the men and women serving our nation in the military. They visited Brooke Army Medical Center in San Antonio in January 2007 and made a lead gift toward completion of a Fisher House, where military families stay free of charge while their loved ones are in the hospital. Soon after, Ron, inspired by an idea of Maddie’s, brought together the leadership of UCLA and the Army, and using his rare ability to persevere in the face of enormous obstacles, he prevailed in forming a partnership that has changed the lives of service members, veterans and their families from across our nation. Operation Mend, while healing the visible and invisible wounds of war, has also engaged our own Los Angeles community in ways both profound and unexpected. Ron’s initial gift to UCLA, his ongoing financial support of the program and his continuing leadership on Operation Mend’s advisory board have been instrumental in allowing for the program’s sustainability and growth. We are so grateful for him! 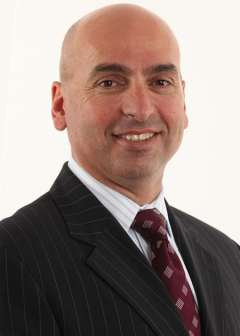 The inaugural Maddie Katz Humanitarian Award will be presented to Gary Ghazarian as part of Operation Mend’s 15th Anniversary celebration. Maddie Katz was an open-hearted, loving, and incredibly philanthropic person. In addition to giving generously over the course of her life, she volunteered much of her time at her favorite charities — always with remarkable humility. She was a strong but gentle advocate for those in need, and her vision to help veterans led to the formation of Operation Mend.

Gary Ghazarian embodies so many of Maddie’s wonderful qualities. He, like Maddie, is kind and unassuming. Without being asked, Gary contributes his time, talent, and resources to advance our mission; his impact on Operation Mend is profound. Since he began volunteering with the Buddy Program in 2013, Gary has provided social support to 18 warriors. He is also a member of Operation Mend’s Board of Advisors and deeply committed to philanthropy — Maddie would be so proud.