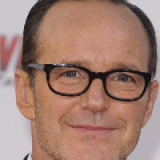 Clark Gregg began his acting career as a founding member and former artistic director of the Atlantic Theater Company in New York, acting in or directing “Boys’ Life” at Lincoln Center, “Mojo” and “The Night Heron” by Jez Butterworth, “Sexual Perversity in Chicago” and “Happy Hour” by Ethan Coen, along with the original Broadway production of “A Few Good Men” by Aaron Sorkin.

Gregg moved to Los Angeles in the mid-90s and landed roles in such films as “State and Main,” “Lovely and Amazing,” “The Human Stain,” “We Were Soldiers,” “One Hour Photo” and “Magnolia.” His performance as Hank/Henrietta in “The Adventures of Sebastian Cole” earned him an Independent Spirit Award nomination. Other films include Joss Whedon’s “Much Ado About Nothing,” “500 Days of Summer,” “In Good Company,” “Spartan” and “The To Do List.” In 2007 Gregg was cast as S.H.I.E.L.D. Agent Phil Coulson in Marvel’s “Iron Man.” The character became a beloved and integral part of the MCU, appearing in “Iron Man 2,” “Thor,” “The Avengers,” last year’s blockbuster, “Captain Marvel” as well as starring in ABC/Marvel’s long running hit show, “Marvel’s Agents of SHIELD.”

Gregg also co-starred with Julia Louis-Dreyfus on CBS’ hit sitcom, “The New Adventures of Old Christine” and had recurring roles on “The West Wing,” “Sports Night,” “Will and Grace,” “Sex and the City,” “The Shield,” and Showtime’s “SMILF.”

An experienced screenwriter and director, Gregg’s screenwriting debut, “What Lies Beneath” (Dreamworks), starred Harrison Ford and Michelle Pfeiffer and was directed by Robert Zemeckis. His feature directing debut, “Choke,” which he adapted from the novel by Chuck Palahniuk (Fight Club), starred Sam Rockwell and won a Special Jury Prize at the 2008 Sundance Film Festiva. His second film, the dark indie comedy “Trust Me,” starred Gregg, Rockwell, Amanda Peet and Allison Janney premiered at the 2013 Tribeca Film Festival. He also directed multiple episodes of “Agents of SHIELD.”