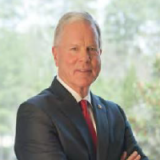 Following his selection to Brigadier General in 1998, Amos’ varied assignments found him in the Balkans with NATO forces during the run-up to the Serbian/Kosovo conflict, Chief of Staff of the U.S. Joint Task Force during the air campaign over Serbia, in Iraq twice in command of the 3rd Marine Aircraft Wing, at Camp Lejeune NC in command of all east Coast Marine combat forces, finally, culminating with his assignment in 2010 as the 35th Commandant of the Marine Corps.

Completing 42 years of service to our nation and its Marines, General Amos retired from active duty in December 2014. He and his bride of 49 years remain active in public and private business ventures, veteran philanthropy work, both nationally, and in their hometown of Charlotte, NC.