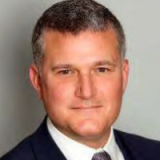 Stephen J. Davis is Executive Vice President and Chief Content Officer for Hasbro, Inc. He is responsible for aligning Hasbro’s storytelling with the transformative work of its teams to bring play to life around the world, including producing content and developing consumer products strategies that activate Hasbro's brands across multiple platforms.

Under Mr. Davis’ guidance, Hasbro's TV and film capabilities have expanded dramatically. Content featuring Hasbro brands can be seen in over 190 territories around the world and have been nominated for numerous awards, including nine Daytime Emmys.