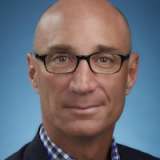 Ted Philip has over 25 years of experience as an entrepreneur, investor, operating executive, and board member in industry- leading consumer product and service businesses. His tenure includes senior executive and board roles at Partners In Health, Lycos, The Walt Disney Company, Hasbro, Bombardier Recreational Products (BRP) and United Airlines. Mr. Philip holds a BS in Math and Economics from Vanderbilt University and an MBA from Harvard Business School.

Mr. Philip started his career as an investment banker at Salomon Brothers and Morgan Stanley in New York. After leaving Wall Street, Mr. Philip spent nearly five years at The Walt Disney Company in various roles including Vice President of Finance. In 1995, Mr. Philip co-founded Lycos, one of the first internet search companies, where he served in several capacities including President, COO and CFO. While at Lycos, he helped take the company from a start-up venture with less than $2 million in funding, to an international public company with operations in 42 countries. Mr. Philip helped grow Lycos into one of the premier internet companies with millions of visitors per day. Under his leadership, Lycos released dozens of innovative products and services, acquired and integrated 14 companies, created six major international joint ventures, and grew the company from start-up to over 3,000 employees.

In his recreational time, Mr. Philip enjoys athletic pursuits including triathlons, run and bike ultramarathons, and martial arts. He is also a pilot, and an avid boater and snowmobiler, ATV, motorcycle and car racer. He is married with three daughters and lives in Jupiter, MA.