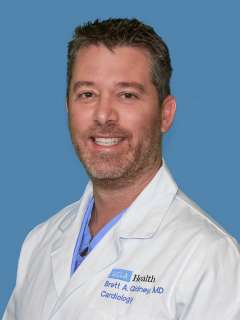 Dr. Brett Gidney is a cardiac electrophysiologist who practices throughout the central coast of California from Thousand Oaks up to Santa Maria. He is board certified in clinical cardiac electrophysiology focusing on complex cardiac arrhythmia management. Dr. Gidney spends the majority of his time in the hospital setting performing procedures, such as cardiac ablation, to treat abnormal heart rhythms. He is particularly interested in very low or no radiation exposure facilitated by 3D mapping and ultrasound technologies. Dr. Gidney also enjoys proctoring and teaching other practicing electrophysiologists cutting edge techniques. In pursuit of this, he has travelled to teach in Japan, Lithuania, and throughout the US.

Dr. Gidney received his undergraduate degree in biology from the University of Pennsylvania where he was a member of the University Scholars program. He received his medical degree from the Albert Einstein College of Medicine in New York. Following these eight years in Philadelphia and New York City he moved to California where he completed an Internal Medicine internship and residency at Cottage Hospital in Santa Barbara. This was followed by a fellowship in Cardiovascular diseases at Kaiser Permanente after which he subspecialized with a fellowship in Cardiac Electrophysiology at Harbor-UCLA Medical Center.

Prior to joining UCLA, Dr. Gidney was in private practice in Los Angeles, Santa Barbara and Santa Maria. He was elected by his peers to be on the board of directors for the California Chapter of the American College Of Cardiology, served as Vice Chair and then Chair of Cardiology at Cottage Hospital, and is the director of cardiac electrophysiology at Marian Regional Medical Center. While at Marian he was instrumental in their gaining recognition as a left atrial appendage closure (LAAO) Center of Excellence as well as achieving American College of Cardiology accreditation in electrophysiology.

Outside of work, Dr. Gidney loves spending time at home with his wife and two children. He enjoys beekeeping, snow skiing, hiking, and beach walks with his dog. 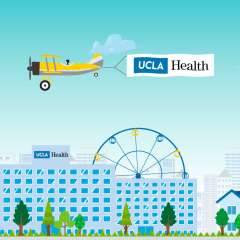 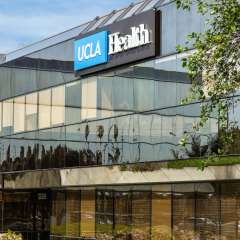 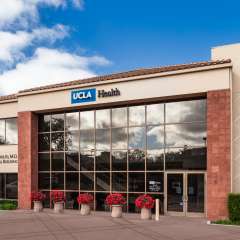