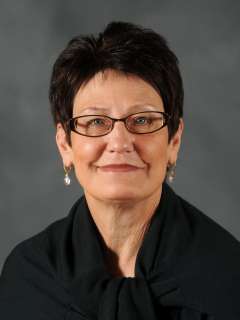 Dr. Aberle is a professor of Radiological Sciences in the DGSOM and professor of Bioengineering in the UCLA Samueli School of Engineering. She is Vice Chair for Research in UCLA Radiological Sciences, with oversight over all imaging-related preclinical and clinical/translational research services at UCLA. Dr. Aberle has a 35-year successful track record in imaging research, originally addressing informatics-related research on contemporary picture archiving and communications systems. For over two decades, her research has centered on oncologic imaging, particularly the early detection of lung cancer. She served as National PI for the National Lung Screening Trial (NLST) of the American College of Radiology Imaging Network (ACRIN), with oversight over 23 participating institutions. The NLST found a 20% lung cancer mortality reduction with CT screening relative to chest radiography and provided the evidence-base for CT lung cancer screening as a covered benefit in eligible current and former smokers by both third-party payers and Medicare.

Beyond the epidemiologic endpoints of the NLST, she and her colleagues addressed several additional objectives—they established a biospecimen repository for the validation of biomarkers of lung cancer, collected quality of life and cost data for a formal cost effectiveness analysis of CT screening, and combined ACRIN NLST image data with other lung cancer-related data sets for validating image analysis algorithms through the NIH-sponsored Lung Imaging Database Consortium. Her role in shaping screening policy has continued beyond the NLST, as she has co-Chaired the American College of Radiology (ACR) National Lung Cancer Screening Registry, into which screening data on all individuals is mandated by CMS. Similarly, she a founding member of the ACR LungRADS Screening Management Guideline that serves as the primary guide for defining positive LDCT screens and their management in the United States. Her current NIH-supported research investigates the use of semantic, quantitative radiomic features, and machine learning algorithms using CT images for lung cancer diagnosis and characterization, as well as the associations between clinical, imaging, and molecular phenotypes in lung cancer characterization. She was elected to the National Academy of Medicine in 2019 and became an inaugural member of the California Institute of Bioengineering in 2021.