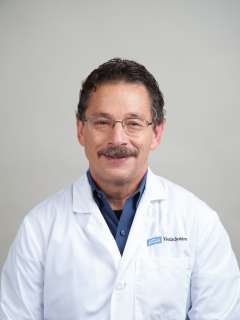 Dr. Kohn earned his B.S in Biology and M.S. in Microbiology from the University of Illinois, Champaign-Urbana, and an M.D. from the University of Wisconsin Medical School. He performed Pediatric Residency in the Department of pediatrics at the University of Wisconsin Hospitals and then a Fellowship in Pediatric Immunology in the Metabolism Branch of the National Cancer Institute at the National Institutes of Health, Bethesda MD. He began research on gene therapy for blood cell diseases during his fellowship, a research area he has continued to the present.

He was an Attending Physician in the Bone Marrow Transplantation at another Los Angeles area Children's Hospital for twenty years, where he established his research program in gene therapy for immune deficiencies and hemoglobin disorders. He relocated to UCLA in 2009, where his clinical practice is limited to in-patient service on the Pediatric Hematopoietic Stem Cell Transplantation unit at Mattel Children's Hospital in the Ronald Reagan Medical Center in Westwood. He directs a large research program performing bench-to-bedside research on gene modification of blood forming stem cells and has brought this research to multiple clinical trials. He is actively involved in training of undergraduate, graduate, medical students, as well as PhD and MD fellows.

Dr. Kohn grew up in the Chicago area, as did his wife Sheryl Handler, M.D. a pediatric ophthalmologist in private practice in Encino CA. When not working (which is most of the time) he enjoys skiing and being with their children, Lisa Kohn, M.D. a UCLA Immunology/Allergy Fellow and Scott Kohn, a programmer for the NBA2k video game.

University of Wisconsin Hospitals and Clinics, 1985

University of Wisconsin Hospitals and Clinics, 1983

University of Wisconsin Medical School, MD, 1982
What insurance is accepted?