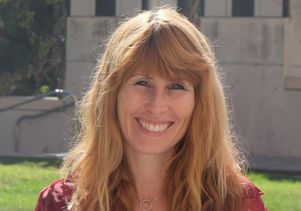 Carrie Bearden, a professor of psychology at UCLA and a professor of psychiatry and biobehavioral sciences at UCLA’s Semel Institute for Neuroscience and Human Behavior, was recently named to the scientific council of the Brain and Behavior Research Foundation, the nation’s top non-governmental funder of mental health research grants.

Bearden, whose research is focused on understanding neurobiological risk factors for the development of serious mental illness, won Young Investigator grants from the Brain and Behavior Research Foundation in 2003 and 2005. She said the foundation was essential for launching her career as an independent scientist.

“I am forever grateful for the opportunity that that first Young Investigator grant gave me, and am excited to play a larger role in the society that had faith in me way back when,” Bearden said.