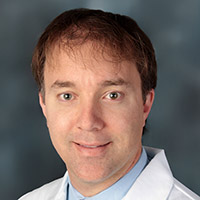 Dr. Roman Culjat (pronounced Chool-yot) has been practicing Pulmonary and Sleep Medicine since finishing training in 2007. He primarily works in the office in Torrance, and he also sees hospital patients with pulmonary and sleep issues at Providence Little Company of Mary Medical Center, Torrance, and Torrance Memorial Medical Center. He has board certifications in Pulmonary Disease and Sleep Medicine. Dr. Culjat enjoys seeing a diverse patient population and believes in equity for all patients.

Dr. Culjat earned his M.D. at The Chicago Medical School in 2001. He completed his Internal Medicine Residency in 2004 and his Pulmonary and Critical Care Fellowship at LA County + USC Medical Center in 2007. During his fellowship, he also trained in Sleep Medicine. Dr. Culjat earned his B.S. at the University of California San Diego.

Dr. Culjat started working for the largest pulmonary, critical care, and sleep group (Peninsula Pulmonary Medical Associates) in Torrance, CA, and in 2013 this group joined UCLA. In addition to seeing patients in Torrance, Dr. Culjat also teaches UCLA Medical Students. He is fluent in the Spanish language and regularly uses it with both office and hospital patients and their families.

Dr. Culjat was born in San Diego and grew up in the South Bay (of Los Angeles). During medical school in 1998 he spent the summer in Tegucigalpa, Honduras, where he worked in rural clinics, lived with a family, and improved his Spanish-speaking abilities. He has also traveled to many countries in South America as well as Nepal, China, Tibet, Thailand, Kenya, Tanzania, Croatia, and the Czech Republic. Here in Southern California he enjoys spending time with his family, hiking, and practicing yoga.

Dr. Culjat is a member of the American College of Chest Physicians and the American Academy of Sleep Medicine.

Roman M. Culjat, MD click here to update your profile
Back to search