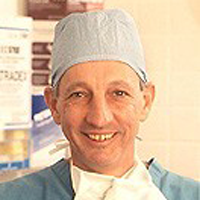 Dr. Ronald W. Busuttil is Chair of the Department of Surgery at UCLA.

Dr. Ronald W. Busuttil is currently Distinguished Professor and Executive Chairman of the UCLA Department of Surgery and holds the William P. Longmire, Jr. Chair in Surgery. Additionally, he serves as founding Chief of the Division of Liver and Pancreas Transplantation and Director of the Pfleger Liver Institute, which includes the Dumont-UCLA Transplant Center and the Dumont-UCLA Liver Cancer Center.

Dr. Busuttil has demonstrated a life-long commitment to teaching and advancing the field of transplantation and surgery. His training program in transplant surgery is among the foremost in the world. He has trained over 300 transplant surgeons from the US and abroad; many lead liver transplant programs in the US, Asia and Europe. His laboratory has trained a large number of research fellows, including surgical residents and trainees in basic science disciplines.

His basic science research has focused on ischemia-reperfusion (IR) injury of the liver. In 1975 he published the first report of the benefits of steroids on cardiac recovery after IR injury and subsequently reported several follow-up studies in other organs. He has been NIH funded since 1981.

His contributions have been recognized through many awards and honors, including the American Surgical Association Medallion for Scientific Achievement, American Society of Transplant Surgeons Francis Moore Excellence in Mentorship in Transplantation Surgery Award, Man of the Year Award from the United Liver Association, the Integritas Award from Loyola University, the Most Distinguished Alumni Award from Tulane University, Man of the Year Award from the American Liver Foundation, the UCLA School of Medicine 50th Anniversary Professional Achievement Award, the Thomas E. Starzl Prize in Surgery and Immunology, the Transplantation Society Award for Education and Training in Transplantation, and the International Liver Transplantation Society Distinguished Service Award.

Dr. Busuttil serves on the editorial boards or as a reviewer for many prestigious journals and is the co-editor of the definitive textbook, Transplantation of the Liver, now in its second edition. He has authored more than 600 peer reviewed scientific manuscripts, 55 book chapters, and 400 abstracts. He is an active member of all major national and international surgical and transplantation societies and has routinely held key committee positions. He is a Past President of the International Liver Transplantation Society, a Past President of the American Society of Transplant Surgeons, Past First Vice President of the American Surgical Association, a past member of the council of The Transplantation Society, and has served on the Board of Directors of United Network for Organ Sharing.

Memberships in Scholarly or Professional Societies

A second chance to live
Thank you Dr. Busuttil for saving my life and thousands of others for over the past 33 years!
23 years at UCLA
Links
surgery.ucla.edu
uclahealth.org/transplants
uclahealth.org/asianliverprogram
uclahealth.org/colorectalsurgery

Liver Transplant: The precious gift of life
No Greater Love