The science behind your kid’s obsession with ‘Frozen’ 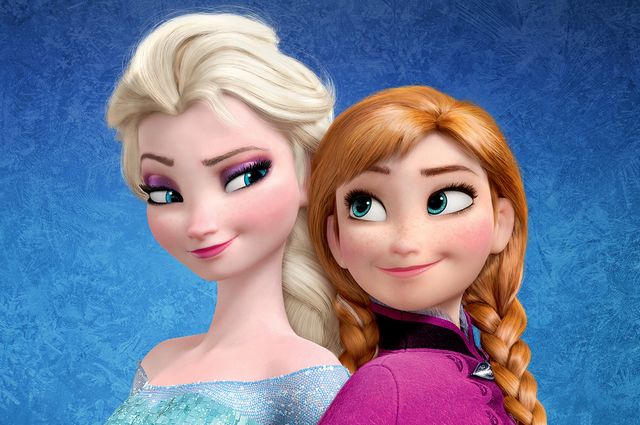 Yalda T. Uhls and Maryam Kia-Keating are sisters, psychologists, and, most importantly, moms. Uhls is a senior scientific researcher at UCLA and regional director of the non-profit Common Sense Media. Kia-Keating is an associate professor of clinical psychology at UC Santa Barbara. This column appeared Jan. 8 on Zócalo Public Square, as part of Thinking L.A., Zócalo’s partnership with UCLA.

When the animated film Frozen was released in 2014, no one expected it to become a worldwide juggernaut. Frozen, which earned more than $1.2 billion at the box office, is not only the first “princess” movie to make the list of top 10 grossing animated films, but even more astonishingly, the number-one animated film of all time. Talk about shattering the glass ceiling, or in this case, the glass slipper.

Little girls have long been drawn to princesses, a trend documented by Peggy Orenstein in 2011’s Cinderella Ate My Daughter: Dispatches from the Front Lines of the New Girlie-Girl Culture. In the last few decades, animated heroines have become increasingly diverse and self-reliant, which has broadened their appeal. In the 1990s, Disney introduced Jasmine and Mulan, offering to their princess franchise and its impressionable young audiences new cultural backgrounds and brown eyes. And in 2009, with the Princess and the Frog, Disney finally created an American princess who just happened to be black. In all of these stories, the prince is still present, but the princess is often just as tough. Nevertheless, some aspects of the princess franchises never seem to change: Children remain enraptured not just by the movies but by the costumes and the toys, too.

But what is it that makes Frozen so much more appealing than previous princess films — and why does it enrapture young children in particular? As psychologists (who happen to be sisters just like the heroines in the film) and the mothers of princess-loving daughters, we decided to consider this question.

First, a preschooler’s emotional world is reminiscent of Frozen heroine Elsa’s internal struggle: Her emotions are strong, passionate, and seem uncontrollable. Preschoolers too, are driven by their impulses. When Elsa laments that she’s afraid that there’s “no escape from the storm inside of me,” it resonates with young children (and perhaps their patience-tested parents, as well).

Secondly, our imaginations are at their greatest when we are preschoolers; the world seems a wondrous place filled with the possibility of excitement and adventure. Children respond to stories that employ magical realism, so Elsa — as a superhero with what one of our daughters (Maryam’s) and her friends call “ice powers” (the ability to create a whole castle of snow and ice using only her fingers) — has special appeal. Perhaps because they are so in awe of her magic and power, children are less likely to get caught up in Elsa’s experience of isolation and desperation when she is locked away in her room as a girl and hides herself in a remote castle as a woman.

But with the allure of magic and the sense that anything is possible comes a high potential for terror. Maryam’s daughter particularly liked that there isn’t a witch in Frozen. Though she adores other Disney princess movies, the witch-like characters (like Mother Gothel in Rapunzel) are all too real. The scary parts in Frozen are minimal and temporary, and the villain is an ordinary guy who sings a catchy love song.

Third, Elsa has a genuine connection with her sister, Anna. Despite Elsa’s repeated rebuffs to Anna’s attempts to develop a friendship throughout most of the movie, their bond underscores dedication to family above all. Preschoolers are deeply entrenched in their families and tend to demonstrate a strong in-group attachment, meaning that they favor members within their social circle. Even when Frozen viewers are rooting for Anna to form a relationship with her love interest Kristoff, the love between the sisters is much more appealing. The heroines of Frozen are authentic and real, and no longer solely focused on finding a prince. They preach sisterly love and girl power.

Finally, the sing-along music seals the deal. Maryam’s 4-year-old daughter and her friends love to sing the anthem “Let It Go,” wagging their fingers at each other: “Be the good girl you always have to be!” They stomp in unison, pretending to be Elsa stomping on the ice to create her castle. Even Maryam’s 1-year-old son gets into the act, mimicking their behavior.

When asked what she thought the song was about, Maryam’s daughter smiled and put it succinctly: “It’s about Elsa being happy and free, and nobody bothering her.”

So there it is, the crux of the matter: a universally appealing desire to be happy and free.

Perhaps understanding the perspective of a preschooler can help us appreciate some of what draws us all to this movie: We all feel internal struggles with our impulses. None of us really wants a (too) scary villain. Most of us are pretty loyal to our families, despite their eccentricities and the emotional challenges that we face at times. And all of us want to be happy and free.