When it comes to health care for our kids, we live in a hardscrabble world that is only going to get tougher. That is the underlying message from three UCLA professors who are calling for a complete overhaul of the U.S child health care system, which they describe as a "patchwork of disconnected programs, policies and funding" that lacks "clear accountability or performance goals."

In their report, which appears in the current issue of the journal Health Affairs, Dr. Neal Halfon, director of the Center for Healthier Children, Families and Communities at UCLA's School of Public Health, and his co-authors argue that even as Congress, the nation's governors and the Bush administration debate federal spending on the State Children's Health Insurance Program, which covers low-income uninsured children whose families earn too much to qualify for Medicaid, our leaders are not tackling more fundamental challenges facing the nation's child health system.

According to the authors, the current system is failing to produce the kind of health outcomes that it could and should because it is powered by outdated logic, outmoded organization, and inadequate and misaligned finance strategies that were designed to be responsive to epidemiology and health goals more relevant to the early part of the 20th century.

"An increasing body of science now tells us that the scaffolding for our adult physical, cognitive and socioeconomic health is built in the early years of life," said Halfon, who prepared the report with Dr. Helen DuPlessis, UCLA adjunct assistant professor, and Moira Inkelas, UCLA assistant professor, both with the . "We know now that many health problems have their origins during childhood and simply compound over time."

Obesity rates among the nation's children have doubled in the last 20 years, Halfon said, and the prevalence of diagnosable mental health and behavioral problems in youth has climbed to more than 20 percent, creating the prospect that the current generation could be less healthy than their parents.

"The most common diseases of the past were acute illnesses or infections, but today's children and youth face more chronic conditions that will impact them for the rest of their lives — diseases like asthma, diabetes and mental health problems like ADHD and depression," Halfon said. "These emerging health needs are simply not being addressed."

The authors call for ground-up reforms to the child care system that include:

·        making transformation of the child health system a national priority.

·        improving overall system performance by consolidating the fragmented array of programs scattered across various federal departments and agencies into a new national child health development agency that can take the lead in advancing the child health agenda.

·        ensuring that all children have health care coverage that is responsive to their unique developmental health needs; that coverage is comprehensive and includes health promotion, as well as disease prevention services; and that coverage addresses the whole child, including physical, mental, behavioral and developmental needs.

The authors argue that transforming the child health care system is not only an ethical and social imperative but an economic one.

"The outmoded operating system and obsolete logic employed by the child health system is analogous to a modern business ignoring the Internet, Windows and new Pentium processors and running their operations using MS-DOS on separate and unconnected 286 machines," Halfon said. "It worked in the past, but it is not very effective and efficient for a competitive business, nor is it appropriate for a health system that needs to produce health outcomes that will help our children compete in the future." 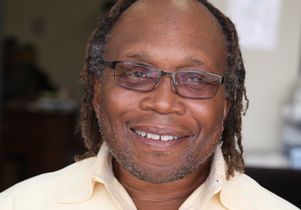 Health and Behavior
In memoriam: William Cunningham, 60, professor who worked to end health disparities
01/23/2020
Dr. William “Billy” Cunningham, professor of medicine at the David Geffen School of Medicine at UCLA and health policy and management in the Fielding School of Public Health, died Jan. 2.