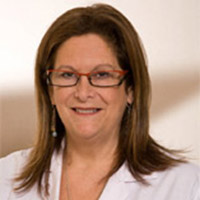 Dr. Amy Rosenman is board certified by the American Board of Obstetrics and Gynecology and is and elected fellow of the American College of Obstetricians and Gynecologists. She has managed the unusual career path of having a successful private practice as well as a fulfilling academic career. Dr. Rosenman is a Health Sciences Clinical Professor at David Geffen School of Medicine at UCLA.

Dr. Rosenman has served her community locally as the medical director of the WISE Center for Healthy Aging for the past 15 years, a consultant for the Venice Family Clinic, and the Santa Monica Rape Treatment Center and Stewart Housesince its inception.

Dr. Rosenman teaches fellows (advanced graduates of Gynecology residencies) surgical techniques in the operating room every week as well as the evaluation and treatment of complicated patients with incontinence and pelvic floor prolapse weekly in her office. She has expertise in reconstructive surgeries that preserve the uterus as well as additional training and expertise in female sexual dysfunction. She also has expertise in advanced laparoscopic and hysteroscopic surgery.

Dr. Rosenman is certified by the Accreditation Council of Gynecologic Endoscopy for both laparoscopic and hysteroscopic surgery. Dr. Rosenman is a founder and attending physician at the Pacific Continence Center. She has been certified as a Menopause Clinician by the North American Menopause Society.

Dr. Rosenman received her B.A. degree from The State University of New York (SUNY) at Buffalo and received her M.D. degree from New York Medical College. She did her internship and residency in Obstetrics and Gynecology at UCLA Center for the Health Sciences. Since completing her formal medical specialty education, Dr. Rosenman has actively pursued formal and informal training in areas of particular interest to her, including incontinence, pelvic floor prolapse, gynecological surgery, laparoscopic surgery, and more recently robotic surgery.

Dr. Rosenman is co-author (with Dr. William Parker) of the highly acclaimed, well reviewed women's health book, The Incontinence Solution: Answers for Women of All Ages (Simon and Schuster, 2002) and is a contributing author to the just revised A Gynecologist's Second Opinion: the Questions and Answers You Need To Take Charge of Your Health (Penguin/Plume)

Peeing in my pants: Everybody does it - by Lauren Whaley

Dr. Rosenman has been chosen for Best Doctors in America and Top Doctors since the late 1990's. She has received numerous awards for her medical and surgical expertise as well as her compassionate care of patients. Among these awards is THE RESIDENT'S TEACHING AWARD from the residents at UCLA for excellence in teaching.

Amy E. Rosenman, MD click here to update your profile
Back to search