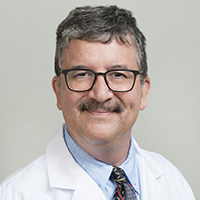 Dr. Miklowitz is Professor of Psychiatry in the Division of Child and Adolescent Psychiatry at the UCLA Semel Institute, and a Senior Clinical Research Fellow in the Department of Psychiatry at Oxford University. He completed his undergraduate work at Brandeis University and his doctoral (1979-1985) and postdoctoral (1985-1988) work at UCLA. His research focuses on family environmental factors and family psychoeducational treatments for adult-onset and childhood-onset bipolar disorder.

Dr. Miklowitz received the Joseph Gengerelli Dissertation Award from UCLA (1986), Young Investigator Awards from the International Congress on Schizophrenia Research (1987) and the National Alliance for Research on Schizophrenia and Depression (NARSAD; 1987), a Distinguished Investigator Award from NARSAD (2001), the 2005 Mogens Schou Award for Research from the International Society for Bipolar Disorders, the 2008 Clinical Researcher of the Year award from Emory University, and the 2008 Monica Fooks Lectureship from Oxford University. He also won the 2009 Gerald L. Klerman Senior Research Investigator Award from the Depressive and Bipolar Support Alliance, the 2011 Bipolar Mood Disorder Research Award from the Brain and Behavior Research Foundation, and the 2017-18 Society for the Science of Clinical Psychology (SSCP) Distinguished Scientist Award.

Dr. Miklowitz has received multiple grants for his research from the National Institute of Mental Health, the MacArthur Foundation, the American Foundation for Suicide Prevention, the Robert Sutherland Foundation, the Attias Family Foundation, the Deutsch, Kayne, & Knapp Foundations, and the Danny Alberts Foundation. Dr. Miklowitz has published over 300 research articles and 8 books. His book with Michael Goldstein, Bipolar Disorder: A Family-Focused Treatment Approach (Guilford), won the 1998 Outstanding Research Publication Award from the American Association for Marital and Family Therapy. His book "The Bipolar Disorder Survival Guide" is currently in its third edition and is an international best seller, with over 275,000 copies in print. His most recent book is co-authored with Michael Gitlin, the "Clinician's Guide to Bipolar Disorder: Integrating Pharmacology and Psychotherapy" (New York: Guilford Press).

David J. Miklowitz, PhD click here to update your profile
Back to search