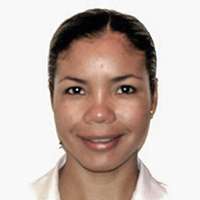 After completing her medical training in Mexico, Dr. Biddy moved to Los Angeles to continue her medical education and acquire U.S. medical licensure. Edna was selected as an UCLA International Medical Graduate (IMG) scholar and successfully completed the basic and clinical science portions of the program. 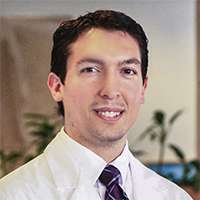 Dr. Bonilla was born and raised in Monterrey, Mexico, The City of the Mountains. He received his medical degree in 2009 from Universidad de Monterrey. During his last year of medical school, Gerardo was selected as an exchange student at University of Miami's William J. Harrington Program. While in the U.S., Gerardo also attended clerkships at Baylor College of Medicine and Harvard Medical School and served as a Pre-doctoral research fellow at Baylor College of Medicine and the University of Texas Medical Branch. Afterwards, he returned to Mexico and developed research laboratories and a preventive health clinic to serve vulnerable communities in Nuevo Leon, Mexico. After completing medical school, Dr. Bonilla served as Director of Medical Education for a telemedicine company and was invited to work for the Minister of Oral Health.

In 2012, Dr. Bonilla was selected as a UCLA International Medical Graduate scholar and also served an associate instructor for the David Geffen School of Medicine Medical Spanish selective course.

Dr. Bonilla looks forward to becoming a family physician in order to serve and give back to the community. He will begin his three-year Family Medicine training at Northridge Family Medicine Residency Program in June, 2013. 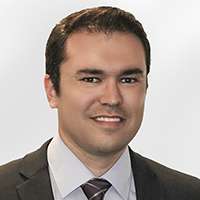 Dr. Cabrales was born and raised in Tijuana, Mexico and attended medical school at the Universidad Autonoma de Baja California. After medical school, he worked as a hospitalist. In July 2009, Juan pursued additional medical training and began working for a clinical research institute laboratory focused on diabetes and obesity in San Diego, California.

In February 2010, Juan was accepted into the UCLA International Medical Graduate Program. While in the program, he was selected to serve as an associate instructor for the Medical Spanish Selective Course at the David Geffen School of Medicine at UCLA, an activity he greatly enjoyed.

He is currently studying for USMLE Step 3 and enjoys helping other UCLA IMGs with guidance in their future exams. Dr. Cabrales will begin his three-year residency training at the UCLA Family Medicine Residency Program. 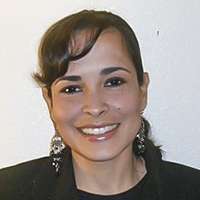 Dr. Alejandra Jaimes was born and raised in Cartagena, Colombia. She attended medical school at the Universidad de Cartagena. During her year of social service, she was the primary care provider for an underserved pediatric population at a children's hospital. After medical school, she moved to the U.S. and in 2007 was accepted in the UCLA International Medical Graduate (IMG) Program A- Basic Sciences. Alejandra passed USMLE Step1 and soon thereafter her husband, also a physician, was offered a residency position in Modesto, California. The family moved to Modesto and Alejandra prepared and passed USMLE Step 2 CS, Step 2 CK on her own. During this time, she also volunteered in nearby medical clinics in order to be more familiar with the U.S. medical system.

In December, 2012, Alejandra completed the 12week clinical observership as a UCLA IMG scholar while preparing and passing USMLE Step 3. She is currently volunteering in a clinic that serves low-income and uninsured patients at Saint Luke's Family Medicine Clinic in Modesto. Dr. Jaimes will begin her three-year residency training at the Sierra Vista Family Medicine Residency Program in June, 2013. 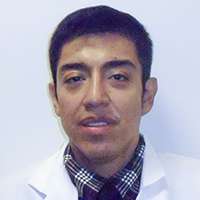 Dr. Americo Mendoza was born in Coahuila, Mexico, directly across the border from Texas. He attended the Autonomous University of Nuevo Leon. Because of economic hardships, he needed to work during medical school as a caregiver at night, and every summer and winter vacation he worked in the U.S as a construction worker. After receiving his medical diploma in 2008, Dr. Mendoza completed his one year of social service in the desert of Coahuila, Mexico where he opened both a cultural center for adolescents and an early detection program for obesity and diabetes. This experience convinced Dr. Mendoza of the need for well-trained family physicians who can care for patients of every age, gender and social background in the community.

After finishing his year of social service, he worked for three years as a general practice physician developing his medical skills while working to improve health care disparities. In 2012, Dr. Mendoza was selected for the UCLA IMG Program clinical observership with advanced standing. His long-term professional goals are to practice medicine in an environment where he can provide compassionate care, receive intellectual stimulation, and build longstanding relationships with patients and colleagues. He will begin his U.S. Family Medicine residency in Texas-Tech University's Family Medicine Residency Program in El Paso, Texas. 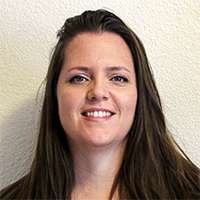 Dr. Tana Parker grew up in the medically underserved Coachella Valley area of California. After graduating with honors from Palm Springs High School, she matriculated to the University of California at Santa Barbara (UCSB). After graduation, she worked in the Marine Biology laboratory at UCSB, and taught middle school in her hometown for two years. Subsequently, she accepted a scholarship to attend the Latin American School of Medicine in Havana (ELAM) Cuba.

In 2005, she left home to begin the six-year medical training program in Cuba where she learned community-based preventative medicine, participated in annual public health surveys, and emerged fluent in Spanish. While attending ELAM, she completed USMLE Step 1. Upon graduation in 2011, she returned to the U.S. In June 2012, Dr. Parker was accepted as UCLA International Medical Graduate Program scholar. Tana will begin her Family Medicine Residency at the Pomona Valley Family Medicine Residency Program. 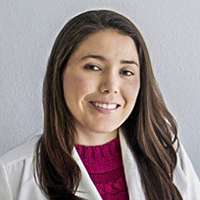 Dr. Sarmiento was born in Bogota, Colombia and received her medical degree from Juan N. Corpas University. During medical school, she provided diabetes and hypertension education to elderly, low-income patients. In addition, she was involved in weekly visits to low-income schools to assess developmental milestones. In her last year of medical school, she volunteered to travel to a small town close to Bogota where many people were in need of help. Through these experiences, she learned how to solve many health problems while developing a special bond with the community.

Upon graduation, Dr. Sarmiento accepted a position in the emergency department of a public hospital, San Antonio de Chia, where people were treated without money or insurance. At the same time, she worked in an integrated managed care consortium called COOMEVA E.P.S. providing ambulatory care to adults with chronic diseases, pregnant women and children. It was during these times, that she developed a deep conviction about primary care as the most important health care intervention in an individual's life and knew family medicine was what wanted as a medical career. In June 2008 she moved to the United States, and enrolled in ESL classes. Dr. Sarmiento was accepted to the UCLA International Medical Graduate Program in 2010. She successfully completed the three program modules: Basic Sciences, Clinical Sciences and the Clinical Observership in 2012. She is currently studying for Step 3 of the USMLE and will begin her Family Medicine Residency at Hospital Northridge Family Medicine Residency Program. 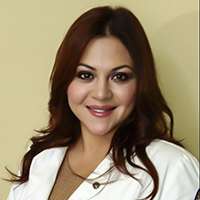 Dr. Abigail Soto was born in Nogales, Mexico and raised in Southern California. She returned to Mexico to attend medical school at the University of Montemorelos. In 2011, she received her medical degree after completing her rotations and a year of social service in Allende, a rural community of 10,000 people. Upon completing her year of social service, she returned to U.S. to join her family in Riverside, California.

With a dream of obtaining specialized training in Family Medicine and ultimately U.S. medical licensure, Dr. Soto independently studied for the United States Medical Licensing Exam and passed the USMLE Step 1 and 2 CK and CS. She was accepted with advanced standing into the UCLA International Medical Graduate Program C-Clinical Observership. Having successfully completed the program in January 2013, she is currently preparing for the USMLE Step 3. Dr. Soto will be joining Eisenhower Family Medicine Residency Program. 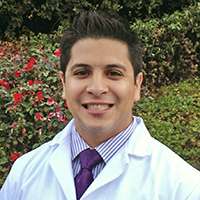 Dr. Alejandro Soto was born in Mexico and grew up in California. He received his medical degree in 2010 from the Universidad de Montemorelos, Mexico. During his last year of medical school, or social service year, Dr. Soto provided care to a small rural community of 10,000 people in Allende, Mexico. As a physician, he enjoyed the opportunity not only to provide primary and urgent care to the community, but also to teach patients preventive medicine. Shortly thereafter, he moved back to the U.S. to pursue training in Family Medicine and obtain U.S. medical licensure.

After studying for and passing the USMLE Step 1 and 2, Dr. Soto applied to the UCLA International Medical Graduate (IMG) Program and was admitted with advanced standing to the program's clinical observership. Dr. Soto will begin his three-year Family Medicine training at the UCSF-Fresno Family Medicine Residency Program where he will be joining UCLA IMG alumni Drs. Oscar Hernandez and Ji Young Park. 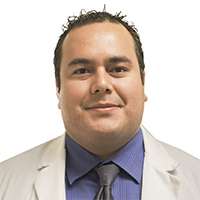 Dr. Marcos E. Uribe was born in Los Angeles, California and raised in L.A. until the age of eight. Afterwards, his family returned to Guadalajara, Mexico, where he obtained his medical degree from Universidad Autonoma de Guadalajara. During his last year of medical school, Dr. Uribe provided care to a rural population of 500 in Santa Rosalia, and was also responsible for the evaluation and delivery of federal aid to low-income families in nine different communities. In 2007, Dr. Uribe returned to the U.S. to pursue specialized training in Family Medicine and obtain U.S. medical licensure. He prepared and successfully passed United States Medical Licensing Exam (USMLE) Step 1 and 2 on his own while working full-time.

Dr. Uribe was selected as a UCLA IMG Program scholar in September, 2011 with advanced standing, and successfully completed the Program's B and C modules. Dr. Uribe will begin his three-year Family Medicine training at the Riverside Regional Family Medicine Residency Program. 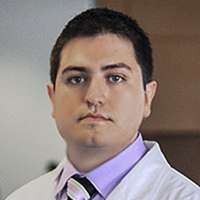 Dr. Roberto Velarde was born and raised in Cochabamba, Bolivia. After graduating high school, he was awarded the Coca-Cola scholarship for academic excellence and later attended the Universidad del Valle graduating in 2008. During his last year of medical school, he provided primary care in various rural areas; seeing more than 30 patients a day. He also performed more than 300 normal deliveries in an 18-month period. Soon after medical school, Dr. Velarde moved to California with his wife and son to pursue U.S. medical licensure.

Dr. Velarde prepared and successfully passed USMLE Step 1 before joining the UCLA International Medical Graduate (IMG) Program. Since his arrival to the U.S., Dr. Velarde has participated in various venues that have expanded his knowledge of the U.S. health care system. These include working as a research assistant at UCLA, a pathology assistant at Kaiser Permanente, teaching medical assistants and BLS classes.

Having a passion for teaching, one of his long-term goals is to become a faculty member at a residency program. Dr. Velarde will begin his residency at UT Houston Family Medicine Residency Program. 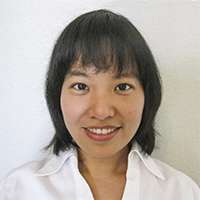 Dr. Saifei Wu was born in China and raised in Mexicali, Mexico. She attended medical school at the Universidad Autonoma de Baja California and received her medical degree in 2009. During the mandatory social service year, Saifei's commitment to serving underserved communities was solidified. She followed her dream of becoming a U.S. family physician and was selected as a UCLA International Medical (IMG) scholar.

As a UCLA IMG scholar, Dr. Wu enjoyed studying with her peers, attending the Pacific AIDS Education and Training Center's conferences as well as the many UCLA IMG volunteer activities. Saifei will begin her Family Medicine Residency at the Glendale Adventist Family Medicine Residency Program where her Spanish and Cantonese language skills will be most appreciated by her patients. She joins UCLA IMG alumni, Drs. Calvin Lambert and Sandy Cadena.