Brooke Su-Velez (R5) will pursue her fellowship in Pediatric Otolaryngology at Stanford.

Kyle Hannabass (R5) will pursue his fellowship in AHNS Endocrine Surgery at Stanford.

Brooke Su-Velez (R5) was selected as one of the top ten finalists for the American College of Surgeons (ACS) 2020 Resident Award for Exemplary Teaching.

Kristen Echanique (R2) has been selected to receive a 2019-2020 Excellence in Teaching with Humanism Residents and Fellows Award.

Ashley Kita (R4) placed first and Dr. Hassan Nasser (R4) placed second at the 87th Midwinter Conference of the Research Study club. Both residents presented as part of the resident research segment of the weekend. Their talks were titled "Point-of-Care Detection of Cerebrospinal Fluid" and "Use of Sublingual Curcumin for Treatment of Head and Neck Carcinoma" respectively. 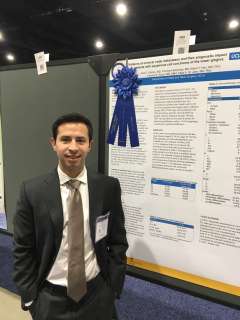 Ashley Kita (R3), Floyd Buen (R3) and Kyle Hannabass (R2) were awareded the Consultants of the Semester Award by the UCLA Ronald Reagan Olive View Emergency Medicine Residency Program. The award is based on nominations from residents and faculty within the Emergency Medicine department.

Ashley Kita (R2) was selected to share her work as part of the annual Longmire Day put on by the UCLA Longmire Society.

Ashley Kita (R1) was awarded a $10,000 Core grant by the AAO-HNSF for her project titled "Point of care CSF detection." 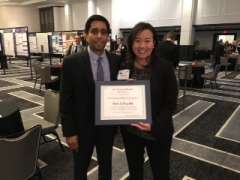 Sophie Shay (R4) was awarded the Shirley Baron Resident Research Award and Triological Society Resident Travel Award at the Triological Society 2016 Combined Sections Meeting in Miami, FL. The Baron award was given for her paper titled "Pediatric otolaryngologic conditions: racial and socioeconomic disparities in the United States" which was coauthored with Dr. Nina Shapiro and Dr. Neil Bhattacharyya. 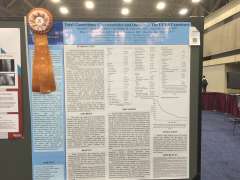 Edward Kuan (R3) was elected as the Resident/Fellow board representative of the American Society for Lasers in Surgery and Medicine (ASLMS) for the 2015-17 term. 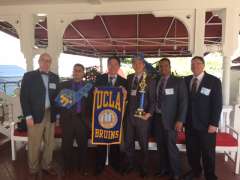 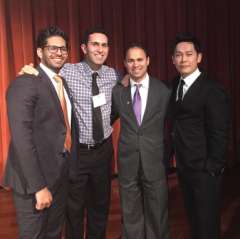 "Success comes from knowing that you did your best to become the best that you are capable of becoming."
-Coach John Wooden, UCLA. 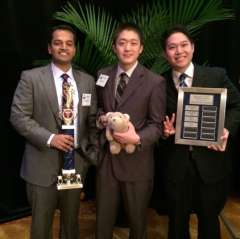 Ed Kuan (R2) was awarded a Resident Travel Grant to attend the 2014 Combined Sections Meeting of the Triological Society.

Congratulations to all of our Chief Residents (Class of 2014) for matching in the following fellowships:

"Our mission at UCLA H&N Surgery is to further advance Otolaryngology - Head and Neck Surgery and create academic leaders. Some of the greatest proof of our purpose arrives when our peers recognize how academically driven our residents are." - Program Director, Vishad Nabili, MD, FACS

Kevin Peng, MD (R4) completed an otology-focused global health elective at the Erebouni Medical Center, an institution affiliated with Yerevan State Medical University in Armenia. Otologic surgeries performed by Dr. Peng and faculty mentor, Akira Ishiyama, MD, included cochlear implantation and bone-anchored hearing aid (BAHA) surgery.  By teaching physicians in Armenia how to perform BAHA surgery, Kevin played a key role in the mission and made an impact in advancing otologic care in the state of Armenia. A portion of his travel was funded by a travel grant award, issued by the AAO-HNSF Humanitarian Efforts Committee. 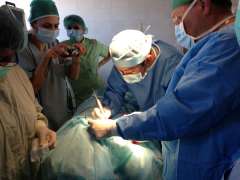 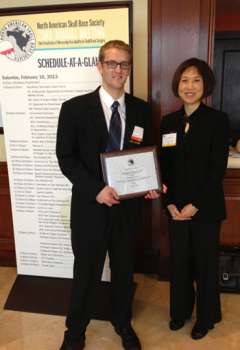 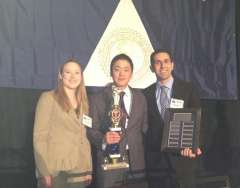 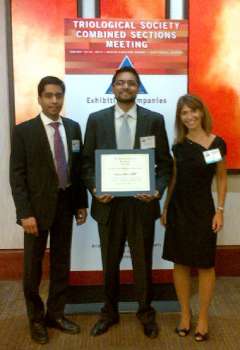 UCLA won first place in the Resident Bowl at the 2013 Triological Society Combined Sections Meeting, for the second consecutive year. Congratulations to our team (pictured below). 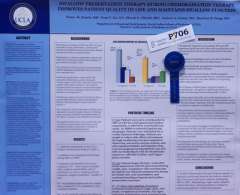 Dr. Soroush Zaghi (R3) won the Best Research Presentation at the Head & Neck Surgery Section of the Southern California Chapter, American College of Surgeons Meeting. His presentation was titled: "Changing Indications for and Demographics of Maxillomandibular Reconstruction with Osseous Free Flaps: A 17-Year Experience with 601 Consecutive Cases and the Role of Osteoradionecrosis." 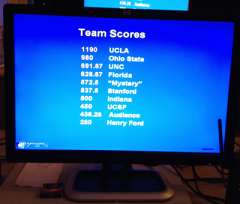 Dr. Victor Duarte (R4) won a "Poster of Distinction" award at the 8th International Conference on Head and Neck Cancer in Toronto on July 21- 25, 2012. There were over 900 posters at this meeting. His poster title was "Swallow Preservation Therapy During Chemoradiation Therapy Improves Patient Quality of Life and Maintains Swallow Function." Co-authors were: Dinesh K. Chhetri, MD, Andrew A. Erman, MA, and Marilene B. Wang, MD. 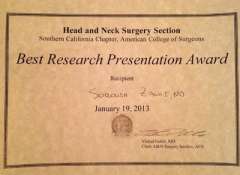