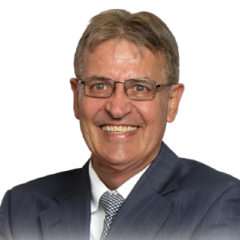 Dr. Andre Nel, division chief and founder is nationally and internationally recognized for a pioneering role in the field of nanomedicine, as well as developing safe implementation of the technology for the benefits of humans and the environment. He serves as research director of the California NanoSystems Institute (CNSI), where he plays a lead role in launching multidisciplinary team science efforts, including as director of the UC Center for Environmental Implications of Nanotechnology (UC CEIN). His personal research contributions have been the development of a variety of nanocarriers for the treatment of cancer, including by inducing anti-cancer immunity. He also developed a tolerogenic nanoparticle platform for treatment of allergic and autoimmune disease. His outstanding scholarly contributions, culminated in several awards, including the Harry Truman Award and the California Governor’s Environmental Economic Leadership Award. Collectively, his work has been cited over 65,000 times, including being nominated as a Highly Cited Researcher by Clarivate Analytics on several occasions. Dr. Nel also plays a leadership role in science and technology nationally, including helping to develop a US blueprint for the National Nanotechnology Initiative, serving on a US Bilateral Presidential Commission and preparing a report on the status of nanotechnology in the US for the President’s Council of Advisors on Science and Technology. 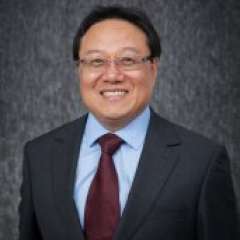 Dr. Tian Xia, adjunct professor, supervises the division’s research efforts in nanomaterial safety assessment, including studying the effect of particulate pollutants in the respiratory tract. He has played a key role in development of a liver-targeting tolerogenic nanoparticle platform for the treatment of systemic allergic disorders and autoimmune systems. This platform holds the promise of developing immune tolerance for disorders such as peanut allergy, type I diabetes and other autoimmune disorders through multi-epitope delivery, including by m-RNA nanoparticles (similar to COVID vaccine technology). Dr Xia is internationally recognized for performing high content screening of nanomaterial libraries to understand structure-activity relationships at the nano/bio interface, including use of this knowledge to perform nanotoxicology screening and safe implementation of nanotechnology. With an h-index of 77 and over 50,000 citations, Dr. Xia has received nomination a Clarivate Analytics Highly Cited Researcher on several occasions. His current research projects are exploring the toxicological impact of engineered nanomaterials on the liver (including the impact on the reticuloendothelial system), pulmonary effects of e-cigarette aerosols, and the health impacts of air pollution related to wildfires.