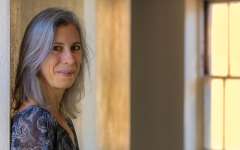 A research team in UCLA’s CURE: Digestive Diseases Research Center is joining with La Jolla, California-based Sentia Medical Sciences, Inc. on a two-year, National Institutes of Health (NIH)-funded Phase II study to investigate and validate the use of small peptides that target the visceral pain in irritable bowel syndrome (IBS). The two-year, $2 million grant, awarded through NIH’s National Institute of Diabetes and Digestive and Kidney Diseases, will test drug candidates in rodent models of chronic IBS. The preclinical studies are being led by Muriel Larauche, PhD, an associate adjunct professor in the laboratory of Yvette Taché, PhD. Dr. Taché and Lin Chang, MD, both professors in the UCLA Vatche & Tamar Manoukian Division of Digestive Diseases and members of CURE, are also involved in the study.

IBS, a functional GI disorder that affects up to 20% of U.S. adults, is characterized by recurrent abdominal pain and altered bowel habits (constipation, diarrhea, or both). “It is a significant quality of life problem for patients, and currently the available IBS drugs mainly treat the motility symptoms,” Dr. Larauche says. “We don’t have good drugs to target the pain.” Stress is known to play a major role in the onset, maintenance, and exacerbation of IBS symptoms.

Dr. Taché’s lab has been a pioneer in research on how stress affects the brain-gut axis. Among other things, her team has found, in studies going back decades, that the gastrointestinal tract response to stress is mediated by corticotropin-releasing factor (CRF), which is secreted in a nerve-specific region of the brain’s hypothalamus. More recently, researchers in Dr. Taché’s lab have shown that selective non-peptide CRF receptor antagonists reduce the stress-related changes occurring in the gut, including pain and motility. But these impressive preclinical results did not translate clinically, Dr. Larauche notes.

Now, the team has partnered with Sentia, founded by Jean Rivier, PhD, a long-time collaborator of Dr. Taché, which has developed small peptides that target the CRF system. “These appear to be very promising in their ability to block the changes related to the stress response, and they have the additional advantage of being long-acting,” Dr. Larauche says. The current Phase II study follows a six-month Phase I grant in which the same researchers showed that the peptides are efficient in blocking visceral sensitivity. Now, the researchers hope to go further by showing that in rodent models of IBS, they can prevent visceral pain and diarrhea. As part of the grant, the Sentia researchers are conducting pharmacokinetics and toxicity studies to ensure the peptides’ safety.

“Pain continues to be one of the most problematic concerns facing the IBS population,” Dr. Larauche says. “We are hopeful that our research will show that these CRF receptor antagonists can have a therapeutic effect by preventing or modulating visceral pain, leading to clinical trials and ultimately better medications for these patients."