The Urgency of Time 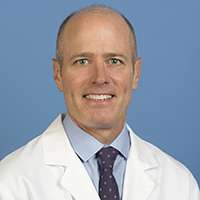 The pandemic brings a focus on time. In the early stages, we had an unexpected increase in time, as health care shut down most non-urgent appointments and readied for an expected surge. Faculty, staff, patients -- really all of us -- had more time as meetings and travel canceled. Later, the pandemic brought more of a change in the perspective on time, if not in time itself, as we developed new ways to care for patients in video visits, conducted research with remote collaborations, and worked offsite for non-essential services. The American philosopher Steve Miller once insisted that “time keeps on slipping (slippin’ slippin’) into the future”, and it seems like society has considered time and pushed its major events into the future.

The ancient Greeks had two concepts for time: Chronos and Kairos. Chronos is the literal passage of the elements of existence, the hourglass of our lives as we move through them. Kairos is the concept of the action in the perfect moment—the moment of time in which one performs -- which is perfectly suited to that action. The Greeks originally considered Kairos in the action of the archer—letting go of the arrow at the perfect moment of tension in the bow, of movement in the target, wind in the environment, the breath of the archer. This past year, UCLA Neurology has had major innovations in an understanding of Chronos and Kairos. Dr. Peyman Golshani has discovered how networks of cells in the brain map time and organize our world according to an internal clock. Publishing in the highly respected journal Neuron (Golshani Time in the Brain), his team found that networks of cells learn time and pair the networks with signals from our environment. Chronos is created in the brain through correlated firing of signals in brain cells, informed by incoming sensory information. As clinicians, we see abnormalities in this circuit as suspensions in time. Seizures in the circuits that Golshani and colleagues study often present as a disorder of Chronos, such as the feeling of déjà vu, or the inability remember events at all during the time of abnormal electrical activity, such as in transient global amnesia.

Neurology also experiences time in the sense of Kairos in treating disease: actions made in the perfect moment to reverse disease and restore full human vitality. Kairos is no more apparent than in the treatment of stroke. As the head of our stroke program, Dr. Jeff Saver famously documented, time is brain in the disease of stroke (Time is Brain, Quantified). As a blood clot blocks flow to the brain, seconds can lead to damage of millions of brain cells. The UCLA Stroke Center is organized into a multi-level rapid response system that extends from the ambulance at the time of initial patient contact, through emergency department, brain scanners and the Neuro-ICU in a coordinated and immediately activated care delivery system. In our second story, we see the behind-the-scene details of this amazing system from Dr. David Liebeskind’s experience as Director of the Neurology Stroke Service.

The passage of time is such an urgent matter in stroke that UCLA Neurology launched the only mobile stroke program in the Western U.S., and one of the first in the country. With vision and funding from Henry and Arlene Gluck, this effort developed a unique stroke ambulance. The Mobile Stroke Unit places the neurologist and the brain scanner in the field, at the initial contact to the stroke patient. Dr. May Nour led this program from early planning with city and county emergency services through implementation. The results are dramatic, as we show in our third feature, where a patient received care in the Mobile Stroke Unit and later literally walked out of the hospital. Kairos in stroke care, and all neurology conditions, is established with innovation in the department and partnership with our generous friends in the community: the arrow perfectly hits the mark.

Next Story: Time Cells in the Brain