A Backlog of Brain Crud: Cleaning Out the Bad Proteins in Dementia 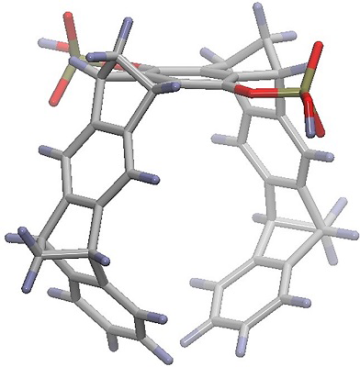 UCLA is at the forefront of a technique that could significantly improve the treatment of patients with dementia, Alzheimer’s and Parkinson’s diseases, amyotrophic lateral sclerosis (ALS), and other neurological conditions. UCLA Neurology professor Dr. Gal Bitan’s research and development of “molecular tweezers” has led the way.

By way of background, most illnesses that cause memory loss or confusion are proteinopathies—diseases caused by the abnormal accumulation and sticking together (or, aggregation) of proteins in the brain. This causes cells to misfire, wire in abnormal ways, and ultimately die. This abnormal aggregation of proteins is the principle cause of most dementias and neurodegenerative diseases, such as Alzheimer’s and Parkinson’s diseases, and more than 30 other conditions. In each disease, one or more protein loses its natural structure and self-assembles into large conglomerates. These are toxic. Worse, they are difficult for the brain to remove. In Alzheimer’s disease, the abnormal proteins are called beta-amyloid and tau. These two proteins combine with themselves into large conglomerates that are the plaques and tangles of this disease. In Parkinson’s disease, the abnormal protein is called alpha-synuclein, and the large conglomerates are called Lewy bodies.

The field of study in dementia previously thought that the large conglomerates, the plaques, tangles and Lewy bodies, were the main cause of brain cell death. However, research in the last two decades has provided compelling evidence showing that the soluble components of the larger conglomerates are in fact the most toxic and the real culprit causing brain cell death. These smaller components are called oligomers—literally, repeating units formed from the original protein. Dr. Bitan’s laboratory has been at the forefront of designing new drugs to dismantle these oligomers and remove them.

Dr. Bitan developed novel compounds called “molecular tweezers,” which destroy oligomers and allow the brain to clear them. These drugs are very small, or “nano” chaperones that guide the abnormal protein toward clearance and prevent the formation of the toxic protein oligomers. This approach is a novel mechanism of drug action in the dementias. Targeting oligomers in Alzheimer’s and Parkinson’s diseases is particularly difficult because they do not have a stable structure. As they form, they morph and fold into different structures. This instability makes typical drug design and drug discovery difficult. The molecular tweezers take advantage of the fact that the oligomers are held together by relatively weak forces and the drugs interfere specifically with these forces. Because the interactions disrupted by the molecular tweezers are not specific to one particular protein, the compounds act as broad-spectrum inhibitors that can be used as drugs for multiple neurodegenerative diseases.

An exciting element in this approach is that the molecular tweezers can work against many different neurodegenerative diseases, such as Alzheimer’s and Parkinson’s disease, frontotemporal dementia, and progressive supranuclear palsy. Once these drugs were designed, Dr. Bitan collaborated with other researchers in UCLA Neurology to test them. Working with Drs. Sally Frautschy and Ed Teng, he showed first that the molecular tweezers clear out the beta-amyloid and tau in preclinical models of Alzheimer’s disease. He then collaborated with Dr. Jeff Bronstein, Fred Silton Family Chair in Movement Disorders, and Dr. Marie-Françoise Chesselet to demonstrate clearance of alpha-synuclein oligomers in models of Parkinson’s disease, and is now working with Dr. Martina Wiedau on similar studies in ALS. A challenge in Alzheimer’s disease and other dementias is that abnormal, aggregated proteins exist among all the other normal proteins and structures of the brain. How does one attach a brain protein without collateral damage? The innovative approach in molecular tweezers is to pick apart abnormal proteins in dementias based on their structure, changed by the disease, and bundled together into oligomers.

John Muir, the naturalist and early explorer of the Sierra Nevada once said: “When one tugs at a single thing in nature, he finds it attached to the rest of the world.” By picking apart single, abnormal molecules in the brain, Dr. Bitan’s work may liberate the rest of the brain.