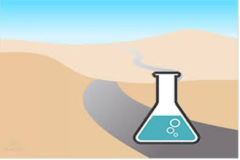 It was 1964. I was a junior neurology resident and I was responsible for afternoon rounds on neurology patients with the attending neurologists at the Ravdin Building of the Hospital of the University of Pennsylvania. Dr. Gabriel Schwarz, neurologist/neuropathologist at the University of Pennsylvania, would insist that I fetch him at his lab, a long walk from the Ravdin Building. At his lab, he would show me brain tissue slides of an inherited syndrome of repeated seizures, of epilepsy. In 1965, Dr. Schwarz published his work on this disease, where he argued that the disorder was not an isolated disease of the brain, but part of a disease that affected the whole body: a systemic inherited metabolic disorder. He wrote that this disease should be called Lafora disease after Gonzalo Rodriguez Lafora, who first described the disease in 1911.

Thirty years later, in 1995, a postdoctoral fellow in my lab, Dr. Jose Serratosa located the site on the DNA for this disease: the EPM2A chromosome locus in the region of 6q23-25. Finer DNA mapping by successive postdocs (Drs. Jesus Sainz, Berge Minassian and CY Fong, 1996-1998) narrowed the 6q24 locus to one microsatellite marker. Together these researchers, with their own labs, found that this gene is a “tyrosine phosphatase”.

However, Dr. Fong and I were both troubled by the sequences of the EPM2A gene. How did it act? A colleague suggested that the gene did not follow the usual effect for a tyrosine phosphatase. With Dr. Subramaniam Ganesh, another post-doctoral fellow, we found that the EPM2A gene was indeed acting a bit differently. In technical terms, it was acting as a dual specificity phosphatase. We named the protein that comes from this gene Laforin, after Gonzalo Rodriguez Lafora. We generated a mouse model for this disease so that we could study it more intensively. Laforin is an enzyme that is present throughout the body. A main question at this time was:  is this a disease of the whole body, or is this a specific disease of the brain—a “neurodegenerative disease”? Evidence over time in my lab and other labs now indicate that this disease results in the accumulation of abnormal molecules throughout the body, but that the brain is one of the most affected areas.

At present, three separate therapeutic agents can cure Lafora Body Disease or Lafora Progressive Myoclonic Epilepsy (PME) in the mouse models of this disease.
(a) A DNA strand that binds to the abnormal gene product, termed an anti-sense oligonucleotide (ASO). This ASO is targeted against GS1.
(b) Metformin. This is an FDA approved drug for diabetes. Metformin was approved as an orphan drug for Lafora Body Disease in 2017. Drs. Serratosa (now Chair of Neurology at Fundacion Jimenez, a teaching hospital of Universidad of Autonoma in Madrid), Sanz and Joan Guinovart have shown that metformin reduces the damage of this disease in the mouse models.
(c) The enzyme amylase that is linked to an antibody. This is a special antibody that gests inside the cell.

So, where does the road lead now in Lafora Disease?
The next steps are to organize an international consortium and start a clinical group of patients, which could be accessible for all the investigators who wanted to perform clinical trials in Lafora Disease. This past October, the biotechnology companies Ionis and Valerion started training to “jump-start” these studies.  This is a road to the initial identification of a cause of epilepsy in young children and then toward a treatment. This path starts early, develops with new technologies in the study of disease, and now may lead to a genetic therapy. As it moves through time, people and science, the study of Lafora Body Disease follows the Open Road.

Dr. Antonio Delgado-Escueta is a Professor of Neurology at UCLA and at the West Los Angeles Veterans Affairs Medical Center.

Next Story: Strategic Planning in Neurology - Following the Open Road to the Future; Laura Brady Saade