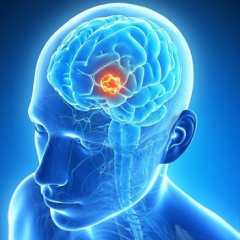 Epilepsy has many causes and a broad range of severities. Some people with epilepsy have their seizures controlled with one medicine; others have seizures that are not fully controlled for years and have associated disability, injuries, and increased risk of death. Neurologists recognize this diversity in epilepsy, but it can still be difficult to treat each patient because of the spectrum of diseases that cause epilepsy, and the varying degree to which patients respond to medicines.

Recently, UCLA Neurology faculty has helped define the guidelines for epilepsy care in the U.S. in two significant ways. This past June, the American Academy of Neurology along with the American Epilepsy Society released updates to the very old (2004) practice guidelines for epilepsy medications. As described by Dr. John Stern in UCLA Neurology, one of the authors for both the 2004 and 2018 sets of guidelines, the 2018 updates are based on more than 2000 publications and include 16 epilepsy drugs. In 2004, the medications totaled seven. As Dr. Stern summarizes, the medication research over the past 14 years has advanced epilepsy care overall, but the diversity of epilepsy diseases and patient responses to medicines pose an ongoing challenge as we try to improve care on an individual level.

The American Academy of Neurology’s 2014 epilepsy care guidelines focused on the quality of epilepsy care. This was produced by a workgroup, which included Dr. Jerome (Pete) Engel, from UCLA Neurology and is intended to help steer epilepsy care by listing aspects of quality care regardless of the epilepsy manifestation. These elements include referral of all patients with treatment-resistant epilepsy to a comprehensive epilepsy center every two years. This is an important and under-recognized guideline in the medical community: if an epilepsy patient is still having any seizures after two drugs have been tried, then that patient needs to see an epilepsy specialist. This guideline is so that every patient has the potential of receiving newly developed care through intermittent consultation with a subspecialist—a neurologist with specific training and focus in epilepsy. The UCLA Seizure Disorder Center, with Dr. Engel, Dr. Stern, Dr. Dawn Eliashiv and others provide this kind of specialized epilepsy care, defining guidelines for excellence within this field of neurology.

Next Story: CAR-T Cell Therapy: This is Your Brain on Living Drugs