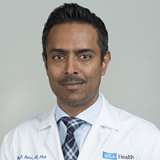 Ausaf Bari, MD, PhD, Associate Professor, UCLA Neurosurgery
Dr. Bari specializes in the neurosurgical repair and restoration of brain and nerve function. Following his neurosurgery residency training at UCLA, Dr. Bari was awarded the prestigious William P. Van Wagenen Fellowship to train at the world-renowned functional neurosurgery program at the University of Toronto. He has extensive clinical and research experience in the use of deep brain stimulation (DBS) in the treatment of both movement and psychiatric disorders. Dr. Bari's clinical practice includes DBS surgery for Parkinson's disease, tremor, dystonia, depression and OCD. In addition, his clinical practice includes neurosurgery for brain tumors, pain, and peripheral nerve disorders. More > 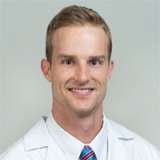 Bayard Wilson, MD
Bayard Wilson is a current resident in the Department of Neurosurgery at UCLA. He graduated from UC San Diego School of Medicine in 2017. Since arriving at UCLA, he has developed an interest in treating pain and addiction through neurosurgical approaches. He is also invested in refining resident education, and in expanding medical student interest and involvement in the department at UCLA. More > 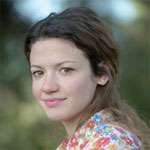 Evangelia Tsolaki, PhD
Evangelia Tsolaki received her BS in Electrical and Computer Engineering from Technical University of Crete, Greece, her MS in Biomedical Engineering from the European Postgraduate Programme at University of Patras, Greece and her PhD from the Medical School at University of Thessaly, Greece. Prior joining Dr. Bari’s lab, Evangelia worked at Dr Pouratian’s lab at UCLA as postdoc scholar and then as an Assistant Project Scientist. Her focus is on the investigation of imaging-based biomarkers of therapeutic outcomes and patient-specific targeting of neuromodulatory interventions for chronic pain and psychiatric disorders. 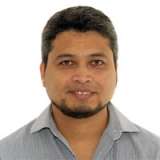 Josue Moises Avecillas-Chasin MD, PhD
Dr Avecillas-Chasin received his neurosurgical training in Madrid-Spain under the mentorship of Prof Juan Barcia. Then, he was trained in stereotactic and functional neurosurgery in Vancouver-Canada under the mentorship of Prof Christopher Honey. Dr Avecillas-Chasin is focused in the study of the white matter anatomy through the use of tractography and cadaveric dissection. Also, he has experience analyzing the volume of activated tissue of DBS electrodes for movement and psychiatric disorders and this analysis have been coupled with anatomical concepts of white matter anatomy in order to explain the effects of DBS. Currently, Dr Avecillas-Chasin is involved in several research projects to correlate the clinical effects of DBS with the modulation of the main pathways of the basal ganglia, thalamus, and amygdala. 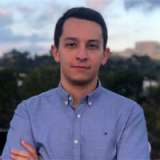 Mahmoud Omidbeigi, MD
Mahmoud Omidbeigi received his MD degree from Shahid Beheshti University of Medical Sciences, Iran. Prior to joining Dr. Bari's lab, Mahmoud worked as a research assistant at Tehran University of Medical Sciences and performed research in neuroimaging and clinical neurosurgery. He is currently a postdoctoral research fellow at UCLA, Department of neurosurgery, and is involved in several areas of research, including diffusion imaging and electrophysiological data analysis, to studying neurobiology underlying psychiatric disorders. 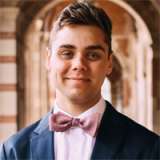 Jacob A. Alderete, MD Candidate
Jacob is a first-year medical student at the David Geffen School of Medicine at UCLA. He previously graduated from UCLA with a degree in neuroscience in 2020, where he studied the underlying neural circuitry of opioid pharmacology. His current interests involve better understanding the neural circuitry underlying pain and addiction in humans through the use of implanted neuromodulation or EEG devices. In addition, he is involved in a translational-science study investigating vagal nerve stimulation and deep brain stimulation to treat pain and addiction. 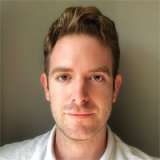 Michael Meir Chodakiewitz, MD Candidate
Michael (Meir) Chodakiewitz is a 4th year medical student at Tel Aviv University with an undergraduate degree from UCLA in Biological Anthropology. He has a deep interest in biotechnology with practical and research experience utilizing novel medical devices in the field of neurodiagnostics and neuromodulation. Michael is committed to researching and developing safer, less-invasive techniques in neurosurgery and neuromodulation to restore function in patients suffering from traumatic brain injury, chronic pain and other functional neurological disorders. His current research endeavors include investigating probabilistic tractography for patient-specific targeting of neural circuits involved in epilepsy, movement and neuropsychiatric disorders. Additionally, he is actively developing study designs for novel applications of High and Low Intensity Focused Ultrasound, Closed-Loop Deep Brain and Vagus Nerve Stimulation. 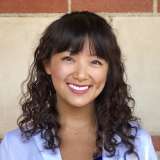 Ien Li, MD Candidate
Ien is a medical student at the David Geffen School of Medicine at UCLA. She graduated from Princeton University in 2019 with a BA in Neuroscience and a minor in Cognitive Science. Her research interests have encompassed neuroimaging analysis for Alzheimer's disease, major depressive disorder, neurofibromatosis type 1, and spine pathologies. Her current work uses image-based analysis to characterize structural connectivity of deep brain stimulation targets for treatment of intractable epilepsy. 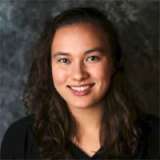 Michelle Miller, MD Candidate
Michelle Miller is a 3rd year medical student at the David Geffen School of Medicine at UCLA. She graduated from Princeton University in 2016 with a BA in chemistry, where she was also an academic all-American as a member of the women's basketball team. She is currently working on a project looking at the acute effects of VNS and DBS on impulsivity and reward behaviors in epilepsy patients. 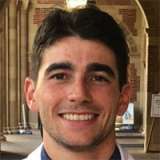 Andrew O'Rourke, MD Candidate
Andrew is a second-year medical student at DGSOM with an undergraduate degree in biomechanical engineering and industry experience in surgical robotics. He is interested in understanding the brain's addiction and reward pathways through behavioral tasks performed in patients with neuromodulation devices and EEG recording devices such as vagal nerve stimulators (placed for epilepsy treatment) and depth electrodes (placed for epilepsy treatment planning). 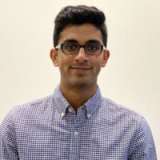 Ahmed Iftekhar
Ahmed Iftekhar is a second-year undergraduate student at UCLA. He is studying Cognitive Science with a Specialization in Computing and is interested in pursuing medical school post- graduation. He has worked as an intern involved with database programming at Infinera Corporation in the past. Ahmed is very interested in the intersection of the fields of medicine and computer science and how programming can be used to improve treatment of neurological disorders. Ahmed works with virtual machines on AWS to help with brain mapping and the processing of MRI data. Ahmed Iftekhar.

Pauline Young
Pauline Young is a second year undergraduate at UCLA studying Molecular, Cellular, and Developmental Biology and pursuing a Specialization in Computing. She aspires to attend medical school and one day become a physician. Pauline is particularly interested in clinical research projects regarding the effects of Deep Brain Stimulation in decision making and cognitive skills. 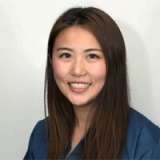 Wenxin (Mary) Wei
Wenxin (Mary) Wei is a lab coordinator for the lab. She graduated with a B.S. in Neuroscience and Cognitive Science from UCLA. Before joining the lab, she worked as a clinical data specialist in the neuroscience department for pharmaceutical companies. During her undergrad, she worked as a research assistant in Zili’s lab and focused on perceptual organization, depth perception and visual motion processing.