The inflammatory bowel diseases (IBD) - comprised of Crohn's disease and ulcerative colitis - are chronic inflammatory diseases with growing prevalence in the Western world. It is believed to arise from a combination of genetic susceptibility and environmental factors that trigger an inappropriate mucosal inflammatory response. A role for the microbiome in the pathogenesis of IBD has been suggested by studies demonstrating alterations in the composition and function of the intestinal microbiome in IBD patients compared to healthy controls. This is consistent with the results of genome-wide association studies, which have found that many IBD-associated genes are involved in mucosal host-microbe interactions, and animal studies demonstrating resistance to colitis in many experimental models in the absence of a microbiome.

The Jacobs Laboratory is investigating the role of dysbiosis - i.e. altered composition and function of the intestinal microbiome - in the development of IBD. Ongoing research projects include: 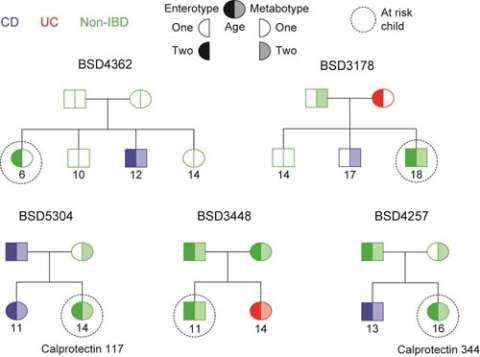