Board of Associate Directors

Board of Associate Directors 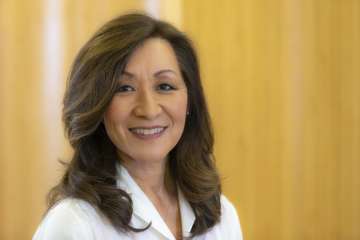 Dr. Chang earned her medical degree from the UCLA School of Medicine and completed her internship and residency in internal medicine at Harbor-UCLA Medical Center. She completed her gastroenterology fellowship training at the UCLA affiliated training program in gastroenterology. Dr. Chang’s clinical expertise is in disorders of gut-brain interactions which include irritable bowel syndrome (IBS), chronic constipation and functional dyspepsia. Her research is focused on the pathophysiology of IBS related to stress, sex differences, genetic and epigenetic factors, neuroendocrine alterations, and gut microbiome and the treatment of IBS. She is the co-director of the G. Oppenheimer Center for Neurobiology of Stress and Resilience, vice-chief of the Vatche and Tamar Manoukian Division of Digestive Diseases at UCLA and program director of the UCLA Gastroenterology Fellowship Program. Dr. Chang is a recipient of the Janssen Award in Gastroenterology for Basic or Clinical Research, AGA Distinguished Clinician Award, and AGA Distinguished Educator Award. She has authored more than 150 original research articles, 60 review articles and 29 book chapters on her specialty interests and is a frequent speaker at national and international meetings. Active in professional organizations, she is a member of the Rome Foundation Board of Directors and previously served as clinical research councilor of the American Gastroenterological Association (AGA) Governing Board and president of the American Neurogastroenterology and Motility Society (ANMS). She also serves as Associate Editor of the journal, Gastroenterology. She is a fellow of the AGA and American College of Gastroenterology (ACG). 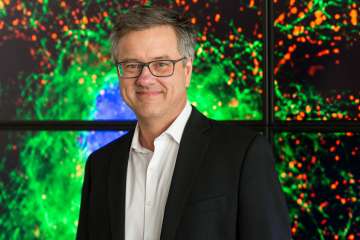 Dr. Miller’s laboratory focuses on molecular mechanisms of bacterial pathogenesis, the evolution of functional diversity in bacteria and phage, and bio-inspired engineering of precision antibiotics. Dr. Miller received his bachelor’s degree in Chemistry from Case Western Reserve University and his PhD in Molecular Biology from Tufts University School of Medicine.  After postdoctoral training with Dr. Stanley Falkow at Stanford, he joined the faculty at UCLA in 1990. From 2002-2014 he held the M. Philip Davis Chair in Microbiology and Immunology and served as Chair of the Department of Microbiology, Immunology and Molecular Genetics. In November, 2014, he was appointed Director of the California NanoSystems Institute at UCLA. In 2004, Dr. Miller co-founded AvidBiotics Corp., a biotherapeutics company in South San Francisco.  In 2017 AvidBiotics split to form Pylum Biosciences, a precision antibiotics company, and Xyphos Inc., an immuno-oncology company that was acquired by Astellas Pharma in December, 2019.  In 2009 Dr. Miller was appointed by the Secretary of Health and Human Services to serve on the National Science Advisory Board for Biosecurity.  From 2012-2014 he served two consecutive terms as President of the American Society for Microbiology, which represents over 40,000 members in the US and abroad.  Dr. Miller is a former Pew Scholar in the Biomedical Sciences, a member of the American Academy of Microbiology, a fellow of the American Association for the Advancement of Science, and in 2015 he was elected to membership in the U.S. National Academy of Sciences.