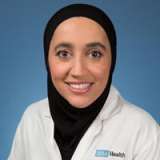 According to the U.S. Census, there are approximately 2 million Arab Americans in the United States, most of them in major metropolitan cities such as Detroit, Chicago, and Los Angeles. However, some experts believe this is an underestimation and that the number may be closer to 4 million. Because Arab Americans are instructed to identify their race as white for the purposes of the census, estimates are difficult to obtain — which has contributed to limited literature on cancer incidence, mortality rates, and screening practices of Arab Americans.

To elucidate the factors that contribute to low CRC screening rates in Arab Americans, it is important to understand the knowledge, attitudes and beliefs about cancer among members of the community. Two focus group studies, one in Michigan and the other in New York, aimed to understand cancer outcomes and behaviors around cancer prevention among Arab Americans. Both found that some Arabs believed that cancer was caused by diet, stress, and one’s emotional well-being. Some believed in divine fatalism as a cause for their cancer. The studies also found a stigma associated with cancer in the Arab community. Some focus group participants reported that cancer reflects negatively on the family, so the diagnosis was kept secret from the family or from the patient. 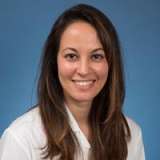 Previous research by Dr. Beaven and colleagues demonstrated that liver fibrosis is a genetically driven trait, based on a quantitative fibrosis analysis of 100 strains of inbred mice from the Hybrid Mouse Diversity Panel (HDMP) subjected to chronic liver injury. In the study, fibrosis was induced with biweekly injections of carbon tetrachloride (CCl4) in approximately 800 mice. Fibrosis was measured as a quantitative trait using digital histopathologic analysis coupled with an expert system to quantify picrosirius red staining in hepatic cross sections. A genome-wide association study (GWAS) identified a locus highly associated with fibrosis.

Stard3nl, an endosomal protein involved in intracellular lipid transport, is the only gene in the study’s locus that is differentially expressed between fibrosis-resistant and susceptible strains. Expression of Stard3nl protein in the whole liver is reduced in fibrosis-susceptible strains, correlating with the gene expression findings. Dr. Benhammou’s group therefore hypothesize that Stard3nl is the causative gene underlying the genome-wide association signal tied to liver fibrosis. The aim of this study is to knock out Stard3nl in a fibrosis-resistant mouse strain to see if this substantially increases the susceptibility to fibrosis.

Dr. Benhammou and colleagues have obtained Stard3nl-/- mice that were originally generated by Genentech and deposited in the UC Davis Knockout Mouse Project program. Preliminary data suggest that there is no overt difference in fibrosis between the CCl4 and vehicle control, which could be due to the background strain studied. To knock out Stard3nl in mice that have a highly fibrosis-resistant strain, Dr. Benhammou intends to use clustered regularly interspaced short palindromic repeats (CRISPR) Cas 9, a novel method that has been successfully employed by collaborators in Dr. Peter Tontonoz’s UCLA laboratory. The approach is to generate a guide RNA, which would be cloned in a vector and subsequently validated in a cell culture model by quantitative real-time PCR, western blotting and DNA sequencing. Once the construct is validated, Dr. Benhammou’s group will have it injected into embryonic stem cells at the UC Irvine Transgenic Mouse Facility to generate the Stard3nl-/- mouse. The resulting mice will then be bred at UCLA and examined for fibrosis susceptibility in the laboratory by Dr. Benhammou’s group. 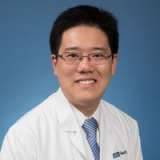 Barrett’s esophagus (BE) is a well-established precursor lesion for esophageal adenocarcinoma, a highly lethal cancer associated with a dismal five-year survival rate of less than 15 percent. The incidence of esophageal adenocarcinoma has rapidly increased in the United States, rising by more than 500 percent since the 1970s and at a rate higher than that of other cancers such as colon, prostate, and lung cancer. The stages of BE include intestinal metaplasia without cytologic atypia (i.e., non-dysplastic BE), low-grade dysplasia (LGD), high-grade dysplasia (HGD), intramucosal adenocarcinoma, and finally invasive adenocarcinoma.

Traditionally, HGD and intramucosal adenocarcinoma were treated with esophagectomy, and LGD and non-dysplastic BE were managed with endoscopic surveillance. However, less invasive endoscopic eradication therapies (EET) have been developed, including endoscopic mucosal resection (EMR) and radiofrequency ablation (RFA). EET was originally indicated for the treatment of HGD and intramucosal adenocarcinoma, however data now additionally supports the use of EET, in particular RFA, in the treatment of LGD as well as selected individuals with nondysplastic BE.

Sequential advances in EET for BE, as well as increasing evidence to support its efficacy, have led to an increase in referrals for EET in patients with BE. The optimal care of patients referred for EET for BE is reliant upon detailed reporting of endoscopy findings and a standardized protocol for collection and interpretation of biopsies. The accurate endoscopic and pathological reporting of BE is critical to guiding management and avoidance of unnecessary or repeat procedures. A previous multicenter study conducted by Dr. Ge and colleagues demonstrated that there is substantial variability in describing and documenting BE. Due to incomplete data or suboptimal tissue acquisition, initial EET strategy was altered in 13 percent of patients, and a repeat upper endoscopy was needed in 23 percent of patients to obtain proper mapping biopsies. This initial study won first place at the UCLA Department of Medicine Research Day Poster Competition in October 2015 and was presented at Digestive Disease Week in May 2016. The results from the study support the concept of quality improvement in the management of patients with BE in order to optimize patient care, reduce the need for additional procedures, and ultimately reduce costs.

Dr. Ge and colleagues are now planning to launch a UCLA-led quality-improvement initiative aimed at improving endoscopic reporting in patients undergoing endoscopy for screening and surveillance of BE, and reducing the incidence of repeat endoscopic procedures due to inadequate reporting. The immediate goal is an improvement in the quality of endoscopic reporting, with more precise identification of anatomic landmarks and presence of visible lesions on upper endoscopy, and adherence to a standardized protocol for acquisition of biopsy specimens. The ultimate goal is improved detection of dysplasia in patients with BE, and decreased incidence of repeat upper endoscopy or alteration in management strategy in patients with BE who are referred for EET. 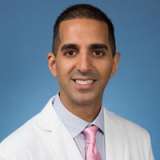 The principles of operations management may be useful in evaluating and enhancing operational performance in endoscopy centers. The aim of Dr. Kaushal’s research in this area is to determine whether measuring performance and implementing operational changes can affect the delivery of care in endoscopy centers and help achieve optimal resource utilization, smoother workflow, and overhead cost savings.

Through a systematic analysis, a formal identification of factors constraining operational efficiency can improve performance and reduce costs for the endoscopy center. Ultimately, endoscopy centers may benefit from developing a system to benchmark and track performance metrics over time. Measuring these outcomes can have a significant impact on reducing healthcare spending, and may provide alternative ways to help save healthcare dollars.

With his seed grant, Dr. Kaushal will investigate the role of IT-based software solutions for GI practices to help optimize efficiency in the endoscopy unit. He will also generate data in a high-throughput, automated fashion using an interface that is a user-friendly mobile application, and will develop real-time measures of performance metrics for efficiency analysis. 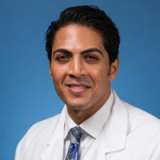 Research supports the clinical experience that certain foods can trigger the emergence or exacerbation of symptoms in the majority of patients with irritable bowel syndrome (IBS). While IBS remains primarily a symptom-driven entity, the understanding of its pathophysiology is evolving. However, comparatively little research has focused on the specific role of certain foods and how they prompt the development of IBS symptoms.

Food may be linked to changes in motility, visceral sensation, gut microbiome, intestinal permeability, immune activation and brain-gut axis. Dr. Modi’s study will focus on fructose, which is one of the main components of FODMAP (fermentable oligosaccharides, dissacharides, mono-saccharides and polyols) foods. Fructose is a common part of the Western diet and can be consumed as a free monosaccharide, part of sucrose, or in polymers referred to as fructans. There are no human gut-specific fructose transporters. Rather, glucose transporters are used, leading some to hypothesize that over-ingestion of these agents may trigger some of the enteric complaints of patients with IBS.

The literature on fructose malabsorption gives varying threshold amounts: from 15 to 50 grams in healthy controls, and from 5 to 50 grams in IBS patients/known malabsorbers. Average daily fructose consumption in the American diet is approximately 34 grams, with a range of 15 to 54 grams, which falls well within the threshold levels. FODMAP foods are thought to induce gastrointestinal symptoms including gas, bloating, abdominal pain or discomfort, and loose stools by increasing small bowel water content and increasing gas production by fermentation of foods by gut bacteria. Studies, including a recent controlled clinical trial, have demonstrated that a low FODMAP diet can be an effective nutritional therapy.

There are risks to prolonged use of a low FODMAP diet. A study from 2012 suggested that continued restriction of FODMAPs (longer than four weeks) can lead to a reduction of luminal bifidobacteria in patients with IBS. Bifidobacteria mainly inhabit the large intestine, where they produce short chain fatty acids (SCFA) as byproducts — including butyrate, shown to be important for colorectal cancer prevention and limiting enteropathogenic colonization. However, important clinical questions include when FODMAPs can be safely reintroduced into the diet, how quickly this can be accomplished, and what is an acceptable daily threshold of intake for IBS patients who respond or do not respond to a low FODMAPs diet. There are no evidence-based answers to these questions.

Dr. Modi’s seed grant-funded study aims to determine the amount and timing for the safe reintroduction of FODMAPs — specifically fructose — into the diet of IBS-D and IBS-M patients who have been successfully maintained on a low FODMAP diet. 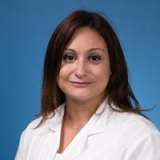 Irritable bowel syndrome is considered a functional gastrointestinal disorder. But, while people in the field once spoke in terms of functional vs. organic, a paradigm shift has occurred. There is now an acknowledgment that advances in science will lead to an understanding of the “organic” etiology of an increasing number of phenomena underlying pathogenesis and symptom generation/exacerbation in IBS. For example, studies have identified subsets of IBS patients with differences in gut microbiota. This finding is supported by a known association between exposure to infection or antibiotics and risk for IBS. There is also a clear association between stressful life events and both onset of IBS and symptom exacerbation. Dr. Videlock’s research project focuses on elucidating the biological mechanisms underlying this association between stress and IBS.

Dr. Videlock’s study aims to identify lncRNAs that are differentially expressed in colonic mucosal biopsies from patients with IBS in comparison to HCs, using the nCounter Gene Expression Assay (Nanostring Technologies, Seattle). She also hopes to identify lncRNAs that correlate with clinical measures in IBS patients, such as severity of overall symptoms and abdominal pain, psychological symptoms, and life stress.