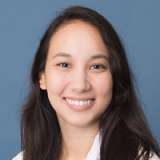 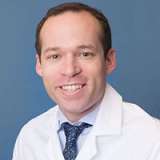 Gastroparesis (GP) and functional dyspepsia (FD) are commonly diagnosed upper gastrointestinal (GI) disorders. A major barrier in the management of these disorders is the lack of a biologic marker that is highly correlated with symptoms and predicts response to treatment. The Navicam magnetically controlled capsule endoscopy (MCCE) system is FDA approved for visualization of the stomach. The MCCE is designed to allow the capsule to move around the stomach in real-time at the guidance of the operator. The ability to visualize and analyze gastric movement patterns in real time, without interference from an endoscope, has never been studied as a potential biomarker for GP or FD. The primary aim of this research project is to evaluate the feasibility of using the MCCE system in GP or FD. 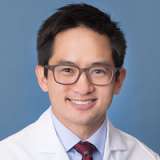 NAFLD has become the one of the most common liver diseases in America with the more severe subtype of nonalcoholic steatohepatitis (NASH) associated with progressive fibrosis, end-stage liver disease and hepatocellular carcinoma. NASH is characterized by dysregulated hepatocyte lipid metabolism and a subsequent inflammatory response mediated by liver non-parenchymal cell activation and immune cell recruitment. Prior studies have established a role for LXR-dependent cholesterol metabolism in the regulation of tissue inflammation. By dysregulating intracellular cholesterol transport and remodeling in hepatocytes, we will characterize hepatocyte-derived signaling pathways that activate liver non-parenchymal cells and promote liver inflammation through single-cell RNA sequencing. Identification of these paracrine signaling pathways may potentially lead to new prognostic tools and therapeutic agents for NASH. 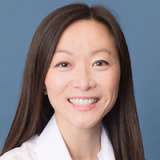 The rates of alcohol use disorder and incidence of alcohol-associated liver disease (ALD) are rising. This creates a significant healthcare burden given the increased liver-related morbidity, mortality, and need for liver transplantation. Abstinence from alcohol is strongly recommended, however medical and behavioral therapies for alcohol use disorder (AUD) are underutilized. This study aims to assess the feasibility of employing a pilot navigation program to connect hospitalized patients with ALD with outpatient medical and behavioral therapies for AUD, and its effects on alcohol drinking patterns, re-admissions, and mortality. 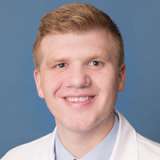 Despite major advances in medical management of inflammatory bowel disease (IBD), surgery remains a frequently utilized strategy for management of refractory and complicated disease. Malnutrition is commonly encountered in patients with IBD and presents a risk factor for adverse postoperative outcomes. Recent major nutrition society guidelines emphasize the importance of perioperative nutrition for patients with Crohn’s disease and ulcerative colitis undergoing surgery. This study will retrospectively evaluate the use of preoperative artificial nutrition for patients with IBD undergoing major gastrointestinal surgery and the impact of this nutritional support on important postoperative outcomes, collecting data though both a large nationwide database and a single tertiary health system. Additionally, we will develop and prospectively evaluate a novel mobile application based nutritional protocol for use in the preoperative setting, focusing on patients undergoing major IBD-related surgery.