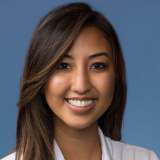 Biologic agents have revolutionized the management of inflammatory bowel disease (IBD) in the last two decades. However, despite the addition of newer therapies, evidence from clinical trials and real-world experiences demonstrate that up to 40% of patients do not respond to a specific drug. Among those who respond, the time-to-response can be highly variable, thus often leading to premature or inappropriately delayed switching of biologic agents. Early prognostication of the probability and timing of efficacy would be invaluable to guide clinicians on whether and when to maintain or switch biologic agents. The aim of our study will be to prospectively determine the clinical and microbial predictors of early and late/non-response among patients with IBD who initiate biologic therapy. We will also evaluate the incidence, predictors, and early biomarkers of response or failure of IBD patients to their first, second, or third biologic agent through analysis of data from a tertiary-care health system. 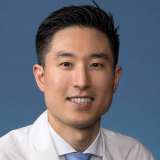 Obtaining a tissue diagnosis is critical for management of biliary strictures. Single-operator cholangioscopy allows for direct visualization of bile duct epithelium and targeted biopsies of strictures. Early studies on cholangioscopy-guided biopsies have shown an improvement in diagnosis of malignancy compared to other techniques. However, the optimal number of biopsies for biliary strictures has yet to be been determined. This study aims to measure the diagnostic yield for each individual biopsy performed during cholangioscopy, identify the optimal number of biopsies, and report the improvement in performance characteristics with advancements in the cholangioscopy visualization system and forceps. 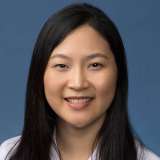 Fatigue is a common symptom in patients with inflammatory bowel disease (IBD) that can occur even with clinically inactive IBD. Studies have also shown that the prevalence of fatigue in patients with IBD is higher compared to the general population. However, few studies have investigated the mechanisms that underlie this increased prevalence, and prior studies were limited by assessment of blood tests and questionnaire data without the context of multifactorial etiologies of fatigue such as sleep, mood, stress, and diet. This pilot study aims to evaluate factors that may predispose patients with IBD to fatigue, including differences in diet and nutrition, sleep quality, mental health, physical activity, and gut microbiome, while comparing them with a healthy control group. Our study will incorporate blood work and survey data with novel data collected from wearable fitness trackers, gut microbiome analysis, and detailed dietary assessments for a more global assessment of fatigue in patients with IBD.