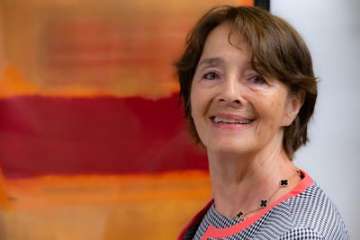 The Taché preclinical laboratories has focused on brain-gut interactions through continuous funding from the National Institutes of Health (NIH) since 1982 along with the Veterans Administration since 2000. Pioneering reports in the early 1980s established the important role of brain peptides in the regulation of gastric function through modulation of the autonomic nervous system. Since then, the basic research has focused on the mechanism of action of peptides expressed in both the central nervous system and gastrointestinal tract that influences gut secretory motor function, permeability, visceral pain and feeding behavior under stress conditions. A major emphasis is the involvement of corticotropin releasing factor (CRF) signaling pathways and other specific peptides in experimental models of stress, irritable bowel syndrome, obesity and Parkinson’s disease. The autonomic nervous system is explored as part of the pathways of brain-gut communication. These research fields are presently developed by a group of interdisciplinary basic scientists holding positions with the UCLA Vatche and Tamar Manoukian Division of Digestive Diseases.

Another recent focus of research is to unravel the structural and functional mapping of the colon in collaboration with four departments at UCLA and seven outside universities. This is based on the cutting-edge NIH initiative SPARC: Stimulating Peripheral Activity to Relieve Conditions, which supports multidisciplinary teams of investigators to provide the “scientific foundation necessary to improve closed–loop neuromodulation devices and stimulation protocols to treat diseases and conditions through precise neural control of end-organ system function.” Dr. Taché leads this SPARC consortium related to the colon.