Benign prostatic hyperplasia (BPH) is a non-cancerous condition that affects a substantial number of men as they age, in which the enlarged prostate squeezes or partially blocks the surrounding urethra – the tube that carries the urine from the bladder out of the body. This can lead to bothersome urinary symptoms that may include a weak stream, trouble starting and stopping, the frequent feeling of needing to urinate, greater urgency when the feeling hits, leaking or dribbling, and the sense that the bladder isn’t empty after urination. These symptoms should not be ignored, particularly since there are many good treatment options.

The prostate, a walnut-sized gland within the male reproductive system, is located just beneath the bladder, forming a channel through which stored urine can flow. When men are in their 40s the prostate begins to grow, leading to increasing resistance to the bladder’s ability to empty. This tends also to lead to changes in the bladder, including a reduced ability to hold urine.

BPH symptoms are familiar to a large proportion of men during middle age and beyond, and when untreated they tend to worsen with age. Approximately half of men in their 50s and as many as 90 percent of men in their 70s and 80s have enlarged prostates. BPH can wreak havoc with quality of life – in addition to the discomfort, some men are forced to get up to urinate several times during the night.

Many men assume that BPH is simply an inevitable part of aging, and that they must live with the symptoms. This is a mistake for two reasons. First, although it has nothing to do with cancer, untreated BPH has the potential to lead to serious complications, ranging from urinary tract infections and stones in the bladder or kidney to urinary retention and kidney damage. Moreover, there are now many effective treatment options from which to choose, including new medications; lower-risk, less invasive enlarged prostate surgeries; and alternative approaches such as herbal supplements. 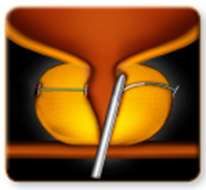 The UroLift Device is placed through the obstructed urethra to access the enlarged prostate.

The symptoms of BPH will often bring patients to their doctor, although the enlarged prostate can also be diagnosed during a routine digital rectal examination. Other common tests used to diagnose BPH include a urinalysis (to check for infection or other causes of BPH-like symptoms); a urine flow study, which uses a device that measure the speed of the stream; a transrectal ultrasound, which measures the size of the prostate gland and can help to rule out prostate cancer; and a cystoscopy, in which a tube attached to a miniature camera enables the urologist to view the inside of the bladder and urethra to determine the prostate’s size and the level of obstruction. 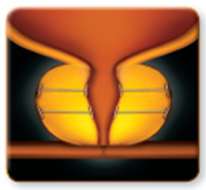 The UroLift Device is removed, leaving an open urethra for urine to flow. Sourced from NeoTract Inc. MAC00181-01 Rev A.

BPH Treatment
No single prostate treatment is best for everyone. Much depends on the symptoms and individual preferences. For minor symptoms, certain lifestyle changes can help, including simple changes to limit beverages consumed at night; lower alcohol and caffeine consumption; reduce intake of diuretics, antihistamines and decongestants; and maintain an active lifestyle. Medications can be very effective. These include drugs that take aim at BPH symptoms – so-called alpha blockers that relax the bladder muscle to help improve urine flow (terazosin, or Hytrin; doxazosin, or Cardura; tamsulosin, or Flomax; and alfuzosin, or Uroxatral); and those that attack the problem directly by shrinking the prostate and slowing its rate of growth, known as 5-alpha-reductase inhibitors (finasteride, or Proscar; and dutasteride, or Avodart). While some patients experience side effects, they are usually mild, occur immediately, and are reversible once the patient stops taking the drug.

For men with moderate symptoms who are looking for more “natural’ alternatives to BPH medications – either because the drugs’ side effects are intolerable or because they simply don’t like the idea of being on medication – options such as herbal prostate treatments have become more widespread. An estimated one-third of men with BPH have tried these supplements, the most common of which are saw palmetto, pygeum africanum, and beta-sitosterol. When used appropriately, herbal medicines tend to have few side effects, and many men with mild symptoms have found that they provide relief, either alone or in conjunction with FDA-approved drugs. However, in the United States supplements do not undergo the same rigorous testing and regulation as medications; as a result, the evidence on their efficacy is less certain, and the contents of each product can vary widely.

Urolift
The UroLift® System, approved by the U.S. Food and Drug Administration in 2013, is a new, minimally invasive approach to treating BPH and symptoms caused by an enlarged prostate. The Urolift treatment is ideal for patients looking for an alternative to drug therapy or more invasive surgery, and allows for the preservation of sexual function. The UroLift treatment is performed as an outpatient office procedure done under local anesthesia and minimal sedation.
View more detailed information about the UroLift® System >

Transurethral resection of the prostate (TURP) has long been the mainstay of enlarged prostate surgery, but less invasive alternatives are now available, with the potential for equal results. With TURP, the obstructing portion of the enlarged prostate tissue is removed. Although effective, TURP requires hospitalization and catheterization for 48 hours or more and comes with risks associated with anesthesia; bleeding during and after the operation; and, in rare cases, fluid absorption that can be life-threatening.

Prostate Laser
One alternative that has emerged is laser enlarged prostate surgery. Like TURP, the so-called GreenLight PVP Laser Therapy aims to create a channel in the urethra through which men can urinate more freely – but the surgery is considerably less invasive. Instead of cutting tissue out, the newer technique creates the channel by vaporizing the tissue using laser energy. Thus far, almost every study has shown that when done by experienced urologists, the laser enlarged prostate surgery produces results that are equal to those with TURP, but without the severe side effects and risks. It is an outpatient procedure with minimal to no bleeding, no risk of fluid absorption, and catheterization only overnight, if at all.

Thermotherapy
An even less invasive option, thermotherapy delivers microwave energy through a catheter inserted into the bladder in an effort to shrink the inside of the prostate. The office-based outpatient procedure takes an hour or less and requires only mild sedation. The downside to the thermotherapy is that it takes 6-8 weeks for the impact of the treatment to be realized, and although the risks are relatively minimal, the results are not comparable to those of TURP or laser surgery.