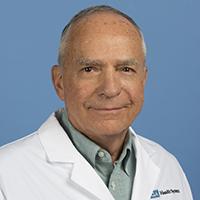 Dr. Robert Baloh: Emotional trauma and fear most likely cause of ‘Havana Syndrome’

"The paper’s lead author, Dr Robert Bartholomew, concludes that ‘Havana Syndrome’ is more akin to shell shock, with the symptoms paralleling those associated with war trauma.

The report was co-authored by Dr Robert W. Baloh, Director of the Neurotology Laboratory at the UCLA Medical Center. The authors describe the diplomats who became sick as participants in a continuation of the Cold War, living in a hostile foreign country where they were under constant surveillance. Between late 2016 and 2017, staff in Havana were living in a cauldron of stress and uncertainty, amid rumours of an enigmatic sonic weapon.

“The political and scientific evidence for the perpetration of an attack on US embassy staff in Cuba is inconclusive,” they write. “What is the more likely, that the diplomats were the target of a mysterious new weapon for which there is no concrete evidence, or they were suffering from psychogenic symptoms generated by stress? The evidence overwhelmingly points to the latter.”"