A support network was crucial to helping the actress-activist process her mother’s death earlier this year. 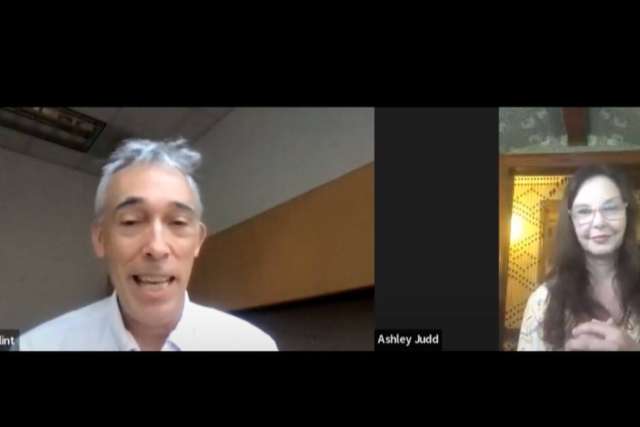 Photo: Ashley Judd discusses the importance of community, spiritual practice and self-validation with Dr. Jonathan Flint, a professor of psychiatry and biobehavioral sciences at the David Geffen School of Medicine at UCLA.

Community, spiritual practice and self-validation are helping Ashley Judd through the trauma of losing her mother to suicide in April 2022, Judd said during a recent program presented by the Friends of the Semel Institute for Neuroscience and Human Behavior at UCLA.

Judd opened up about her family history of trauma and strategies for personal resilience in a wide-ranging conversation, Oct. 26, with Jonathan Flint, MD, a professor of psychiatry and biobehavioral sciences at the David Geffen School of Medicine at UCLA.

The hourlong virtual program is now available on YouTube.

The 54-year-old actress and activist said a course of treatment in 2006 helped her begin to recover from her childhood trauma, which included sexual molestation at age 7, and provided skills she still relies on today.

“Here I stand because of that gift of recovery that was given to me in 2006 and the choice to go to treatment,” she said.

The power of community

Throughout the conversation, Judd emphasized how important belonging to social communities is to cultivating well-being – both her own and that of the women she serves as a Goodwill Ambassador for the United Nations Population Fund, which provides sexual and reproductive health services to refugees and other vulnerable people.

“I know today that I exist as an individual but I exist in fellowship,” she said. “And I’m interdependent … and that’s totally different from the isolation of the childhood in which I grew up.”

It was community that helped her bear the pain of a shattered leg in 2021, deep in the forest in the Democratic Republic of Congo, where it took nearly three days to get medical care. 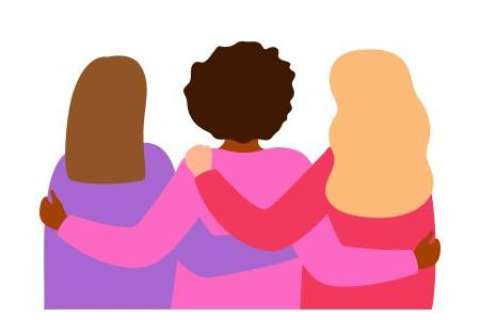 “What really helped me was that I was in community the entire time that I was suffering,” she said. “No one could do the suffering for me, yet I didn't have to do my suffering alone. I was witnessed and known in my experience.”

Similarly, after her mother died, Judd found herself surrounded and supported by a community of “chosen sisters.”

“The day that my beloved mother died by suicide, I had so many people to call. There were five women who were with me within moments of my sharing that tragic news with them,” she said. “That's the value of community. They organized the food and they took out the trash and they swept the porches and they put the furniture coverings on at night because it was still dewy. My community held me physically. And they held my home. And they held my soul.”

Connecting with community requires vulnerability and allowing yourself to be seen, so go slow, Judd advised: “It requires building trust and safety and belonging.”

It takes work, she added, because technology has made in-person connection less necessary and COVID-19 made it less attractive.

Some “good, old-fashioned ways” to find connections might be joining a book club, hobby club, knitting circle, quilting bee or neighborhood sports league, she said. “All of those things may seem so quaint, but they’re really good for our mental health.”

As a geneticist, Dr. Flint studies the heritable nature of depression. But he remains curious about individual resilience – how some people manage to bounce back from hardships while others struggle. He noted that social connection appears to play a role in depression outcomes.

“There is a clear relationship between isolation – those people who have not managed to establish good contacts and are fairly isolated – and the risk of developing depression later,” he said.

Judd said spiritual practices are also essential to her mental and emotional health. These include “a God of my own understanding,” breathing techniques and a morning practice of “reading something that expresses my highest values and aspirations and ideals as a way to set me up to settle and soothe and to feel calm and centered and grounded.”

She works with a “wisdom teacher” and is a fan of 12-step programs.

“Twelve-step programs are beautiful, and they really work for people who apply those spiritual principles to their lives,” she said. “The recovery community is really where I have seen beautiful resilience.”

Lessons from life in the spotlight

When Dr. Flint asked Judd what lessons she might impart from life in the public eye, she said she’s discovered that “healthy boundaries are essential for good mental health.”

That means she doesn’t read comments on Instagram – and she’s certain there are plenty after she recently posted photos that show she’s gained some weight.

“I'm sure people are talking about it, but I don't pay any attention to it, because I know it's a temporary condition, and the weight will come off when it is supposed to,” she said. “It's none of my business what people think of me.”

She learned early on in her entertainment career that self-worth and identity have to come from within.

Learn more about the Friends of the Semel Institute’s Open Mind programs.