Back to school: Checking your child's hearing

Catch up on the routine hearing screenings your child may have missed during the pandemic. 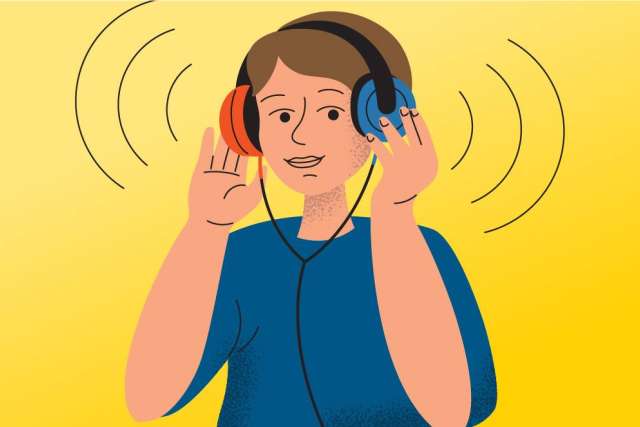 Monitoring young children to check that their hearing is working well is doubly important these days, given that many may have missed routine hearing screenings at their schools because of remote learning during the pandemic.

Dr. Alison Grimes, AuD, has urged parents to have their children’s hearing tested early and regularly during her tenure as director of audiology and newborn hearing screening at UCLA Health. Any kind of hearing problem can affect the child’s early development in many ways, she says.

“One consideration is that if a child that can’t hear perfectly or normally, then not only is their speech delayed, but so is their cognition,” Dr. Grimes says. “Their ability to really absorb what is happening in their environment will be delayed as well.”

Parents should make sure that their newborn is tested, and then get regular tests as the child grows. Most pediatricians check children as newborns and then again at age 3, and most public schools give hearing tests typically in kindergarten, second and fifth grades.

“But in between these screenings it is often the astute parents who pick up any hearing loss or problems with their kids,” Dr. Grimes says. “A child’s learning is somewhat dependent on communication with other people — not just with their family members, but also with friends and teachers and neighbors – so they really need that for their growth and development.”

Dr. Grimes said kids with untreated hearing loss can be affected in many ways that are not always obvious.

“In school, they don’t want to be the kid who doesn’t answer a question correctly because they didn’t hear it properly,” Grimes says. “They can become socially withdrawn.”

A minor and temporary ear infection can cause hearing loss, even if the child is not in pain. Those typically can be treated very easily with antibiotics. Surgery can be a solution for other serious hearing problems, even for small infants.

Often a hearing aid can solve the problem, just like with adults. They can be used even with babies a month old when hearing issues are first detected, Dr. Grimes says. That can make a huge difference in the child’s life.

“We know that kids who get early amplification through a hearing aid will have much better speech and language and educational outcomes later on down the road,” she says.

When she was practicing in the ‘70s and ‘80s, the typical age of diagnosis of hearing loss in children was two and a half years old, as opposed to today when infants are screened for hearing.

“Because of newborn hearing screening, kids are getting diagnosed much earlier than before. Two and a half is really late in the game, when you think about how much a kid that age is typically talking,” Dr. Grimes says.

“Hearing screenings for newborn babies really is a game changer, and so is early implantation of hearing aids for those children,” she continues. “Any degree of hearing loss for a young child is going cause them problems with learning the language, and their whole learning process can be delayed.”

In addition to tests at school or the pediatrician’s office, Dr. Grimes encourages parents to closely observe how a child listens to sounds. Examples include turning up the TV volume, as well as switching a phone from one ear to the other to hear better.

Dr. Grimes says parents should also take note if their teenager is struggling to hear.

“A very significant number of kids between the ages of 6 and 19 have permanent noise-induced hearing loss which is usually very gradual in its onset, so you have to continue to watch for it,” Dr. Grimes says.

It is also important to separate hearing problems from other factors that can have similar results and appearances, such as attention deficit disorders, or just stress from modern life.

“So many kids these days have a lot of concerns or worries that might pre-empt their cognitive space, and that can affect how they listen to teachers or parents, so it can be hard to sort that all out without proper testing,” Dr. Grimes says.

“We do have to remember that they are kids, and sometimes there is just something more interesting to them than listening to mom or dad or a teacher. But we don’t want to miss any important clues that they are having real hearing problems that might need a medical solution,” she says.

Learn more about the Audiology Services at UCLA Health.