Balance is a surprising link to overall health 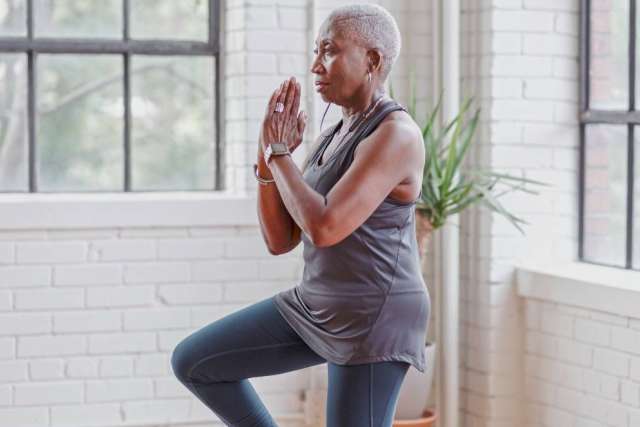 Dear Doctors: What’s the deal with that 10-second balance test we’re seeing all over the news? It doesn’t seem like living longer would come down to being able to stand on one foot. Is there any science behind it, or is it just another meme?

Dear Reader: The balance test that you’re referring to does sound simplistic. Dig deeper, though, and it’s part of an important body of research that links good balance to health and well-being.

For those who aren’t familiar, the test associates the ability to balance on one foot for at least 10 seconds to improved odds of a longer life span. It’s the centerpiece of a new study in the British Journal of Sports Medicine and has generated headlines since its publication last June.

A team of international researchers analyzed health data from 1,702 participants ranging in age from 51 to 75. In order to take part in the research, participants had to be steady on their feet. At the start of the 12-year study, each person had three tries to successfully stand on one foot for 10 seconds with their hands by their sides. Twenty percent were unable to complete the task, and researchers noted that the failure rate increased with age. Those who couldn’t balance also proved to have more health problems than those who could. These included triple the rate of Type 2 diabetes as the successful balancers and a higher incidence of cardiovascular disease, unhealthful blood-lipid levels and obesity. At the end of the study, the data linked that inability to balance to nearly double the risk of death from any cause within the following 10 years.

Elizabeth Ko, MD and Eve Glazier, MD
If you’ve just tried to balance on one foot and fallen short of 10 seconds, don’t panic. The test is not meant to predict longevity. Rather, the study’s findings add to the growing understanding of how balance plays a crucial role in maintaining good health. In the U.S., more than 800,000 adults wind up in the hospital each year due to injuries from a fall. The fall itself usually isn’t fatal. But complications from the injury, as well as time spent in bed, increase the risk of physical disability, respiratory or other infections and cognitive decline. Each of these can significantly reduce life expectancy.

The study also points to balance as a useful tool for assessing someone’s general physical condition. That’s important at any age. Although we often associate a loss of balance with older adults, researchers have found the decline actually begins in midlife, starting at about age 50. Adding a balance test to an annual physical exam could provide an early warning of musculoskeletal weakness.

The good news is that it’s never too late to work on improving your balance. Physical activities such as yoga, tai chi, martial arts and dance all include special attention to balance. Muscular strength is an integral part of balance, so weight training is helpful. Senior centers often offer movement classes tailored to older adults with a limited range of motion. Adults at risk of falling should get guidance from their doctors when choosing a balance activity.