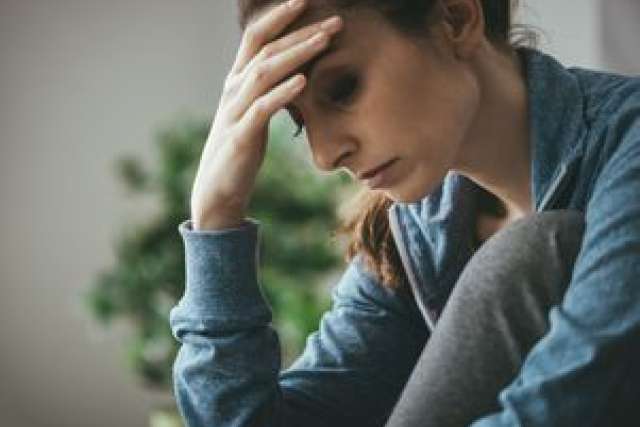 Breast cancer survivors who experienced trauma early in life and depression after their cancer treatments are at increased risk of persistent fatigue, a new UCLA study shows. Some of the key predictors of longer-term fatigue for this group of women include elevated levels of depressive symptoms after treatment and a history of childhood adversity, such as abuse, neglect, household conflict and disorganization.

“There is previous literature on how depression and negative childhood experiences lead to poor health outcomes in adulthood,” said lead author Julie Bower, professor of psychology and psychiatry and biobehavioral sciences and the George F. Solomon Professor of Psychobiology at the Cousins Center for Psychoneuroimmunology at UCLA. “In this study, we’re showing that this is also relevant for cancer survivorship. By better understanding those who are at risk, we’ll be able to offer women diagnosed with breast cancer better solutions for prevention and management of fatigue. This is important because fatigue is experienced by many cancer survivors and interferes with their ability to fully recover from the cancer experience.”

The research team, led by senior author Dr. Patricia Ganz, director of prevention and control research at the UCLA Jonsson Comprehensive Cancer Center and a distinguished professor in the UCLA Fielding School of Public Health, followed women with early-stage breast cancer for up to six years after they had completed their primary cancer treatments, including surgery, radiation and chemotherapy. Women were asked to report on their symptoms of fatigue and depression throughout the follow-up period and were also asked about stressful experiences in childhood.

With this data, researchers were able to look at differences in patterns or trajectories of women’s recovery over the follow-up period, rather than focusing on average levels of fatigue. The investigators identified groups of women with different patterns of fatigue, including some who experienced very little fatigue and others who had consistently high fatigue. The study is the first of its kind to examine individual differences in trajectories of fatigue beyond one year after treatment.

“By using a trajectory approach, we were able to get a much better sense of what’s really going on with these different groups of women,” Bower said. “We were really able to pinpoint who the women were who seem to be having a lot of fatigue and why this was happening to them. And among the women with high levels of fatigue, childhood adversity and depression came out as very strong predictors.”

Cancer-related fatigue is a common side effect of cancer treatment and can significantly impair quality of life. This study highlights the variability in people’s experience of fatigue after treatment, which ultimately will allow for more personalized treatments for cancer survivors. In addition to psychosocial predictors, cancer treatments were also associated with fatigue trajectories.

“Now that we know some of the risk factors for fatigue, and understand who are most at risk, we can really try to target those women and take more preventative measures to help them earlier in the course of their cancer experience,” said Ganz, who is also a distinguished professor of medicine at the David Geffen School of Medicine at UCLA.

The study was published today in the journal Health Psychology.

The research study was supported by the National Institutes of Health, the Cousins Center for Psychoneuroimmunology, and the Breast Cancer Research Foundation, where Ganz is a member of the scientific advisory board.

The study co-authors are Dr. Michael Irwin, Steve Cole and Laura Petersen from UCLA and Joshua Wiley, from Monash University in Australia.