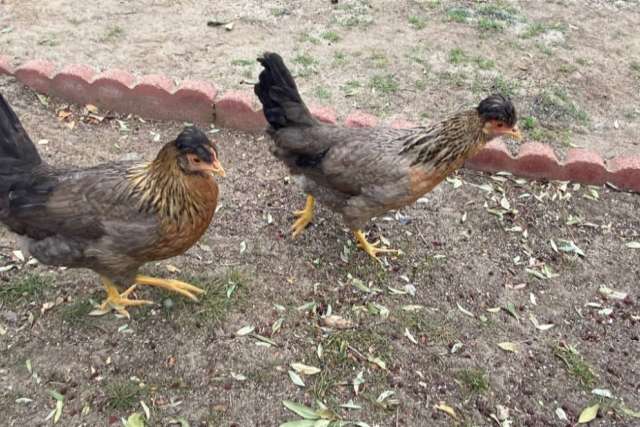 Update: On Oct. 17, 2022, Los Angeles County public health officials reported that eight cases of avian flu were detected in wild birds in the county, the first local reports since the outbreak began early in the year. Risk of transmission to humans is low, but backyard birds could be vulnerable.

A fortuitous trip to a pumpkin patch last Halloween led to a trio of new pets for UCLA Health nurse Adrienne Puglisi, RN, and her family.

“We have three chickens,” she says. “Sparkles, Fluffy and Meatball.”

Puglisi’s two daughters, ages 10 and 4, had been asking for a pet, but she worried about the commitment required to look after a puppy or a kitten.

“They were so young, they still needed a heat lamp,” says Puglisi. “Which was a bit crazy, because we went from zero to having to give them heat at night and being chicken parents.”

Sparkles, Fluffy and Meatball are now beloved members of the family and “a good introduction to pets and responsibilities” for Puglisi’s daughters, Avery and Addisyn. 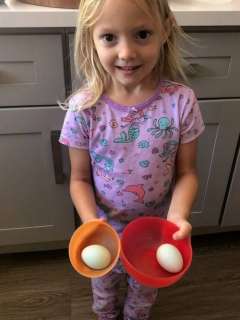 “They’re out back playing with the chickens all the time,” Puglisi says. “My oldest daughter is responsible for checking on their food and water every day and cleaning the coop twice a week.”

Now full grown — Sparkles is the size of a basketball and the other two are football-size — the family chickens are producing eggs every 24 to 48 hours, which Avery and Addisyn excitedly collect.

Cities throughout California allow backyard chickens, which Puglisi says are more affectionate than she’d anticipated. Their fresh eggs are tastier and potentially more nutritious than store-bought, too.

As a pediatric nurse, Puglisi has seen firsthand children sickened by E. coli and other bacteria that animals can spread. Her girls know to sanitize or wash their hands after handling the birds, their eggs or the coop, Puglisi says.

“As long as families are aware of these diseases and how to prevent them, they can keep chickens as pets safely,” Dr. de St. Maurice says.

Keeping your family and flock safe 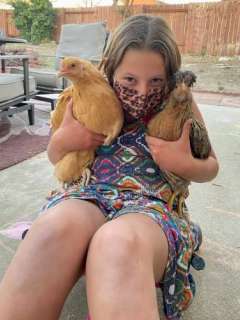 Bacterial infections are often transmitted through chickens’ droppings, Dr. de St. Maurice says, so anyone collecting eggs, handling the birds or cleaning the coop should be careful to wash their hands often. Other diseases can be spread through the birds’ nasal secretions.

Chickens may appear asymptomatic but can still spread illness to humans.

Here’s a look at some of the pathogens chickens can carry:

“It would be good to not let the chickens go free-roaming and have any exposure to other birds,” Dr. Yang says. “That’s very important and would very significantly reduce risk.” 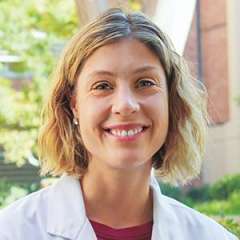 Salmonella causes disease, “usually diarrhea that will self-resolve,” Dr. Yang says, but can be particularly dangerous for people with compromised immune systems.

In these individuals, the bacteria can get into the bloodstream and cause severe illness.

“In immunocompromised patients, I think it’s not wise to have a chicken farm because of this,” he says. 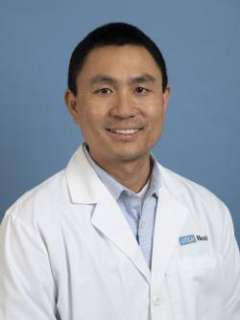 “If kids are too young, it’s not wise for them to hang out and have contact with the chickens,” Dr. Yang says. “Because the risk is going to be very high.”

“It can cause meningitis in the elderly as well as neonates,” he says, adding that pregnant women should not handle chickens.

Chlamydia psittaci causes illness in chickens, too, he says. The birds may look sick, lose their appetite and have respiratory symptoms.

People can contract histoplasmosis through breathing in microscopic fungus in the environment, which is easy to do while cleaning the chicken coop. It’s important to take particular care during this chore and to clear chicken droppings often, Dr. Yang and Dr. de St. Maurice say. 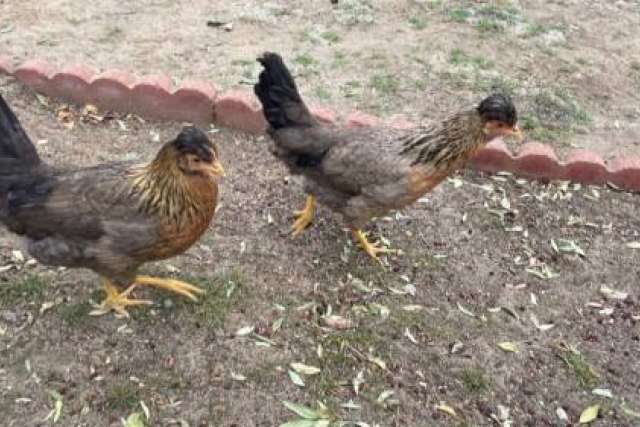 "We're learning as we go, but it's a really fun experience," says Adrienne Puglisi, of raising backyard chickens. (Photo courtesy of Adrienne Puglisi)
Consider setting aside a pair of shoes to use when cleaning the coop and keeping those shoes outside, Dr. de St. Maurice suggests. It’s also helpful to dampen the sawdust or other materials used to catch chicken droppings before sweeping them away to avoid spreading fungal dust into the air. Wearing a mask or respirator during this chore can provide additional protection, she says.

Despite the risks, with frequent hand-washing and care around coop cleaning, keeping chickens can be safe, doctors say.

And Puglisi says the work is worth it.

“We’re learning as we go, but it’s a really fun experience,” she says. “The kids love them, and actually, I love them, too.”