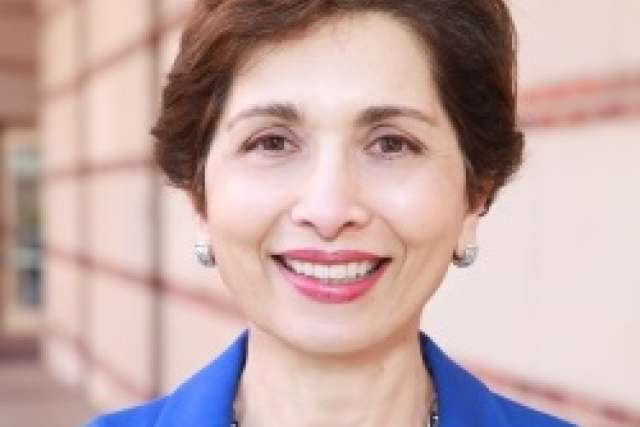 A Centers for Disease Control grant totaling $4.25 million over five years will allow UCLA researchers to address health disparities related to heart disease, stroke and cancer among African Americans, Latinos and Asians at the local, state and national level. The UCLA School of Public Health will provide technical assistance and training to health and social-service organizations, faith-based groups, schools, and other institutions.

The award will allow the school's Center to Eliminate Health Disparities (CEHD) to build on more than two decades of work with a large and reputable network of community-based organizations and the Los Angeles County Department of Public Health, one of the largest county health departments in the nation, to improve health by changing physical activity and nutrition norms and practices at key community institutions. CEHD directors Dr. Antronette Yancey and Roshan Bastani will co-direct the new Center of Excellence.

Employing a unique approach, the project will focus on changing organizational practices and policies rather than individual behavior. UCLA and Los Angeles County have pioneered culturally grounded approaches to increasing physical activity levels and healthy food choices, including incorporating brief dance breaks to music in the workplace.

The grant is part of the CDC's Racial and Ethnic Approaches to Community Health across the U.S. (REACH US) initiative, a national, multilevel program to eliminate racial and ethnic disparities in health. Through REACH US, the CDC supports programs that design, implement and evaluate community-driven strategies to eliminate disparities in several key areas: cardiovascular disease, diabetes mellitus, breast and cervical cancer, adult and older adult immunizations, hepatitis B and tuberculosis, asthma, and infant mortality. By developing and disseminating innovative approaches that address the unique needs of racial and ethnic groups, the initiative extends the reach of promising programs and improves the health of people in communities, health care settings, schools and work sites nationwide.

"Most of the health progress that has been made over the years has been concentrated among certain groups without reducing disparities among hard-to-reach communities," said Yancey, a professor at the UCLA School of Public Health. "Infant mortality rates have improved, but there are still much higher rates among African Americans than among most other groups. Physical activity levels have improved slightly across the board, but Latinos and African Americans, especially women, still fall considerably behind."

"Obesity and lack of physical activity are the leading causes of cardiovascular disease in this country and are considered to be important contributors to other diseases, such as cancer," said Bastani, a professor at the UCLA School of Public Health and assistant director of Cancer Prevention and Control Research at UCLA's Jonsson Cancer Center. "Given that approximately 60 percent of all deaths in Los Angeles County are caused by heart disease, stroke, cancer and diabetes, our goal is to empower communities and cities to take a lead role in prevention and education efforts. We hope to reverse the current obesity and diabetes epidemics that threaten the health and well-being of future generations."

UCLA's CEHD will work with organizations like Asian Pacific Health Care Venture, the California Black Women's Health Project and Latino Health Access to incorporate permanent and culturally relevant changes into their day-to-day activities while also encouraging them to become advocates for healthy eating and active living at the local, state and national levels. Tactics may include a distance-learning certificate course through UCLA Extension for pastors, school administrators, and health department and clinic staffs and actively disseminating policies and environmental strategies through on-site "train-the-trainer" workshops and culturally targeted audiovisual materials. The CEHD will also provide local communities with funding that will allow these programs to continue after the implementation stage and will expand its information warehouse through its website in order to provide training resources to other communities interested in implementing these tactics.